At the Seattle International Film Festival “The Hills Run Red” screens at the Egyptian Theater today at 6:30 p.m. This information can be found in the article The Horror, the Horror: A Talk with Robert Meyer Burnett published on Seattlest.com.

Find here some snippets from the text, but make sure to read it in full!

[…] The Hills Run Red, meantime, marks Robert Meyer Burnett’s first full-fledged feature film credit as a producer. He’s seen the movie through from the ground up (“I was there every step of the way”) and he’s proud of the end result. “Sure, it’s a low-budget meta-slasher movie,” he says with a chuckle, “but I like what we’ve done.” Part of his pleasure with The Hills Run Red comes from working with old friends—screenwriter David Schow (most famous for scripting The Crow) befriended Burnett having worked on the script for Leatherface in 1989, and Hills director Dave Parker and the producer bonded in the trenches at indie horror studio Full Moon Pictures in the early nineties.

The production also benefitted from the services of one of American cinema’s best character actors, William Sadler of Shawshank Redemption fame, for a key role. “He was really our first and only choice to play the part,” Burnett says, “and when he shows up in the movie, everything that comes out of his mouth is hilarious. His performance is spot-on.” The producer confesses that he and Parker grilled Sadler with geeky fervor on his extensive filmography, and that the actor was “tickled” by their ardent interest. “Once you allow your Inner Geek flag to fly, it’s OK. He’s already there working for you anyway!” he notes with amusement.

Robert Meyer Burnett’s blood-soaked baby will see its world premiere in front of a paying audience at SIFF, but a preview screening for the horror press, and a panel at L.A’s Fangoria Weekend of Horrors Convention, have already generated a lot of buzz. “At the Fango Convention we showed the trailer, and then we showed a clip: People went bananas!” he notes with pride. “The first half of our movie is all about setting up what you think are old cliché tropes; and the last half is about going against those tropes.” And he’s sure that SIFF viewers will relish that twist. “Anyone who’s seen a lot of horror movies gets it. By the end [of the preview], the audience was screaming, hooting, and hollering. So it works. And that’s really gratifying.” 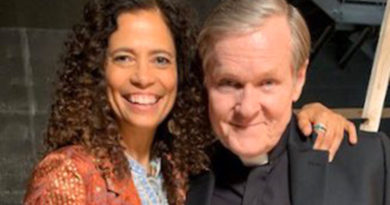