Not just the fans are excited about the upcoming premiere of Lifetime’s new scripted drama “UnREAL”, starring Shiri Appleby and Constance Zimmer. Celebrities can’t wait for the show to finally air either!

Please see their tweets below and let us know, if you’ve seen similar tweets we could add.

Whether you love or hate reality TV, “UnREAL” is a must-watch show. Check it out tomorrow (Monday) at 10 PM on Lifetime.

Actress Sasha Alexander asked her followers on Twitter to tune into the premiere on Monday. She wrote:

JR Bourne invited all his fans and followers to watch the show with him. He tweeted:

Cobie Smulders also thinks that “UnREAL” is a must-see new show. She wrote:

I didn't think I could love you more, and yet I do…thank you my friend! @CobieSmulders @Lifetime @UnRealLifetime 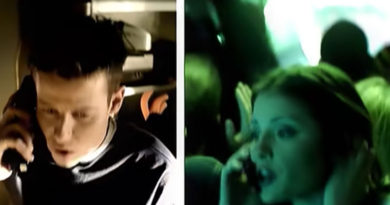 Bon Jovi Are Celebrating a Milestone