During the last two Saturday #NETFLIXforBandT campaigns one phrase has emerged to unite fans in their pursuit of getting their favourite characters back on screen, that phrase is… #forthedans

However, with so many great tweets and retweets flying around our screens during the campaigns some fans missed out on the origins of the Dans and why it started to appear in fan tweets. And so, to put an end to this frustrating mystery, for some fans not experienced since Michael was sketching his geometric dome, we take a look at who the ‘Dans’ are and why they are suddenly Among Us…

Que the ‘smart’phone of @aurel5701, the witty Brendan Fehr & the advantageous @Loxley92: 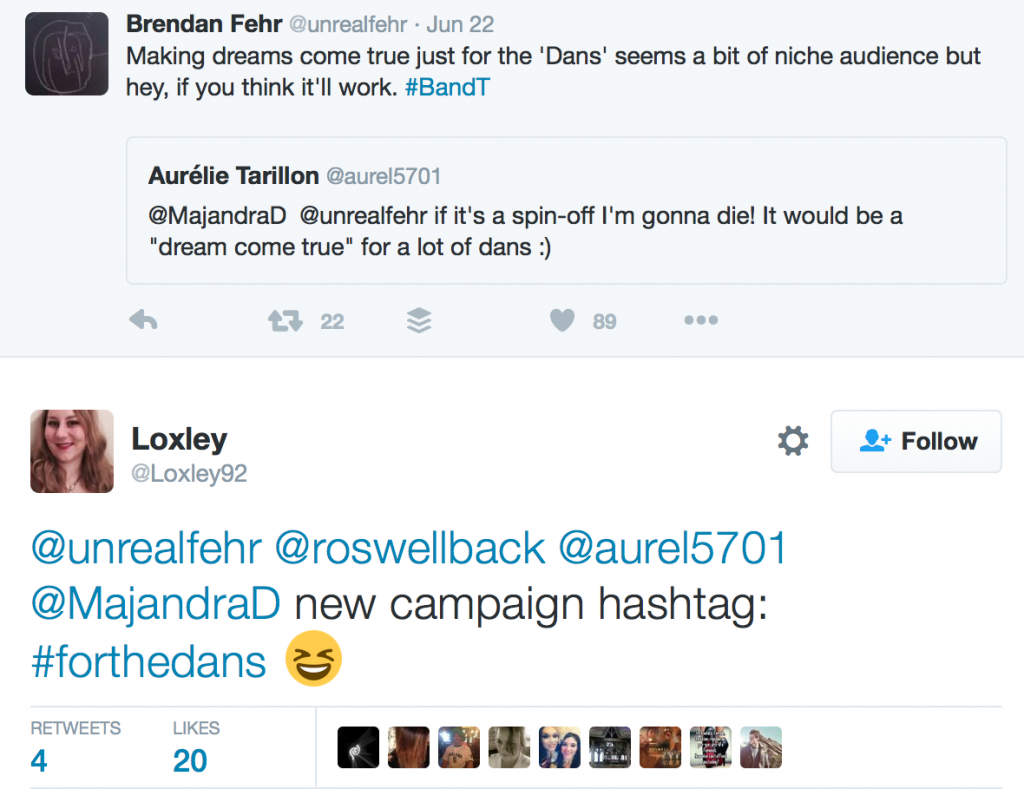 So Aurélie’s French phone decided it would change the word ‘Fans’ to ‘Dans’, Brendan pointed it out for the whole world to see and Loxley turned it into a campaign hashtag.

Here’s a sample of how the Dans are using #forthedans to unite for the campaign: 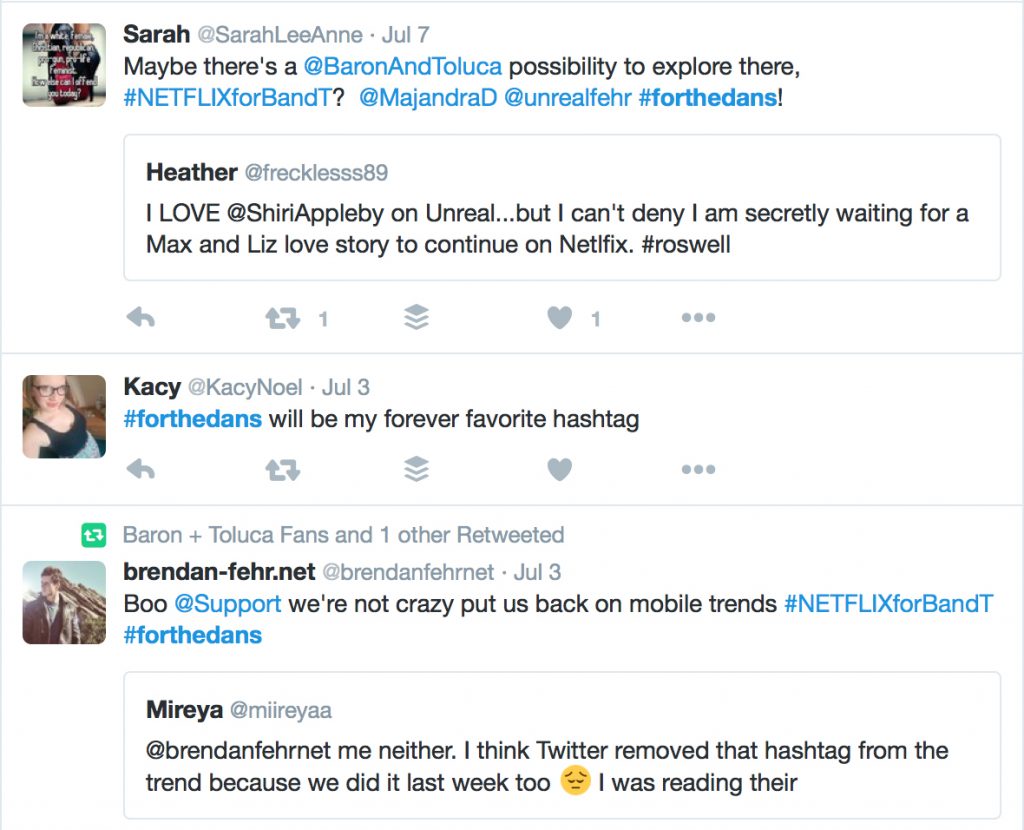 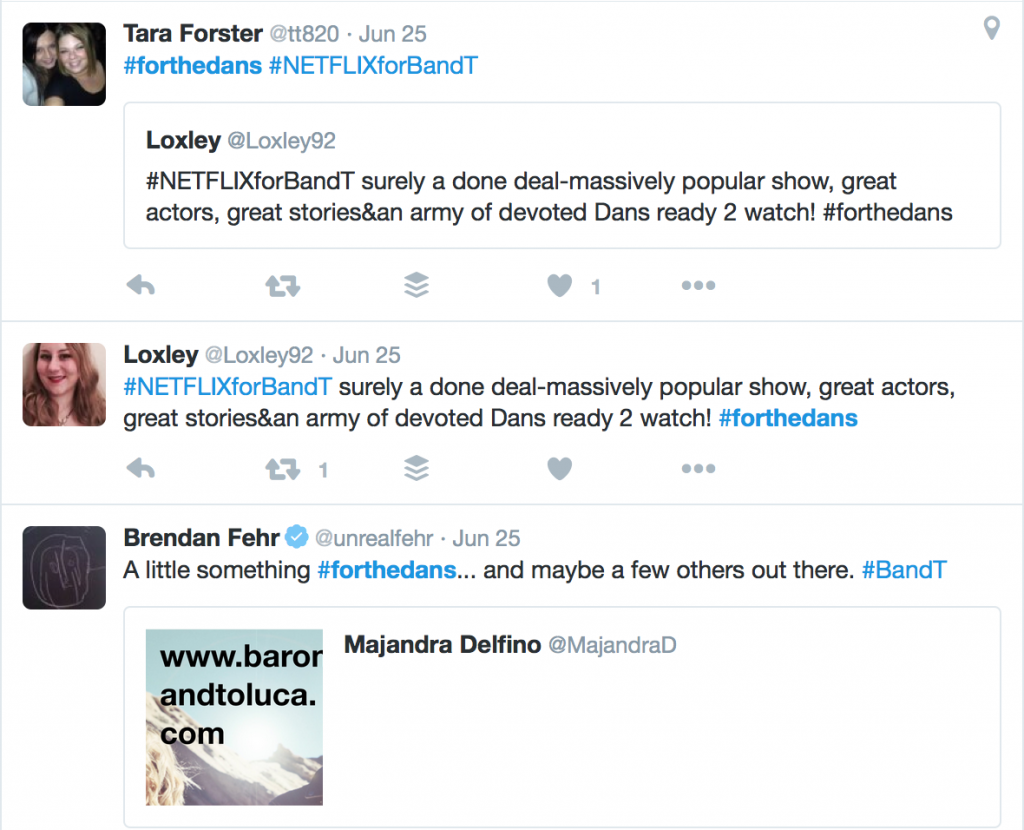 So just as Michael & Maria have new identities for Baron & Toluca, in true fan loyalty, the Roswellians have followed suit with their not so secret identities as the Dans!

Oh and also keep your eyes out for another hilarious emerging hashtag from last Saturdays campaign #illhaveaguerin – search Twitter to find out more!

The Ring’s the Thing