The game developer Remedy Entertainment produced a 6-part live action mini series prequel to the video game “Alan Wake” which is entitled “Bright Falls” and stars Christopher Forsyth, Merette Bartles and Allison Lange. The series is co-written and directed by Phillip Van and has been released online only.

Christopher Forsyth plays the journalist Jake Fischer who comes to Bright Falls to interview Dr. Hartman about his new book and to get away from his home life for a while. There he sees his collegue Ellen Adams (played by Allison Lange) again. 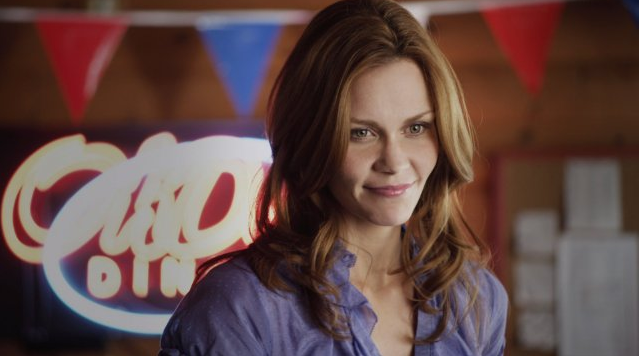 Reporter Jake Fischer arrives in Bright Falls to interview a resident psychiatrist about his new book. After hitting a deer on a forest road and a series of odd encounters with townspeople, he soon finds himself blacking out and losing time, waking up in the middle of a forest and other locations where he wasn’t previously. He also develops an aversion to light, finds strange and elaborate notes he has taken and suspects that he was somehow involved with the disappearance of a local motel owner. As his perceptions falter, he witnesses the signs of a mysterious epidemic sweeping the town. The longer he stays in Bright Falls, the more unpredictable his blackouts and behaviors become, leaving him no choice but to attempt an escape.

Please take a look at the trailer for the video game here. The XBOX game “Alan Wake” was released on May 18th in the US and May 14th in Europe. If you’re interested in the mini series all six episodes are available on YouTube.

Allison Lange – In My Pocket