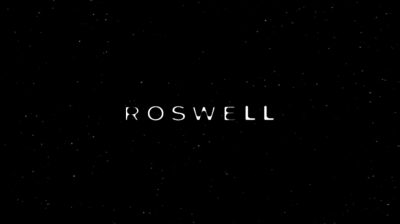 The time is 1999. Three 16 year old sophomores, attending Roswell High School, in Roswell, New Mexico, are more than what they seem. These three, Max Evans, Isabel Evans and Michael Guerin, are actually aliens from another planet. They do not know where they are from or who they really are. They awoke, at the age of six, in human form, inside incubator like pods. They have no idea when they arrived. They may have been part of the 1947 reported crash or part of an unreported crash in 1989. Max and Isabel found each other first. Wandering around naked in the desert outside Roswell, they eventually found Michael. Max and Isabel took to each other right away but Michael was less trusting and when a car approached he stepped away. Therefore, Diane and Phillip Evans only discovered Max and Isabel, whom they later adopted. Michael did not see Max and Isabel again for three years.

They have learned over these last ten years that they have special abilities or powers that humans do not. They can manipulate molecular structure (change an item’s color or shape, heal bones and tissue – which leaves a temporary silver hand print on the body, dissolve metal, unlock doors without keys, etc.), dreamwalk (visit people in their dreams), receive visions by holding objects connected to the vision, send telepathic visions to others of their own thoughts and use telekinesis (move objects with their minds); they do not all have the same proficiency with these powers. They do not know if their human appearance is natural or if their molecular structure was manipulated. They do know that they have the same emotions as humans and are going through the same confusing changes as human teenagers.

When Max witnesses the accidental shooting of Liz Parker at the Crashdown Café (a girl he has secretly loved since childhood), he instinctively goes to her aid, using his healing powers to remove all traces of the bullet and wound. Max’ act of selflessness changes his, Isabel’s and Michael’s world forever and completely, as they now have to elude investigations by Sheriff Valenti and the FBI. When Liz asks Max why he risked so much to save her, his response “It was you.” sets the tone for the whole series.

This is a love story but it also is a story about the journey of discovery. Max, Isabel and Michael are on a quest to discover their past and we, the audience, are invited along to watch as they learn who they are, where they are from and how to deal with their alienation as teenagers and as aliens.

You can find Joan’s Guide to Roswell in the Episodes section of Crashdown.com. In addition, she wrote several columns reviewing the Roswell episodes.