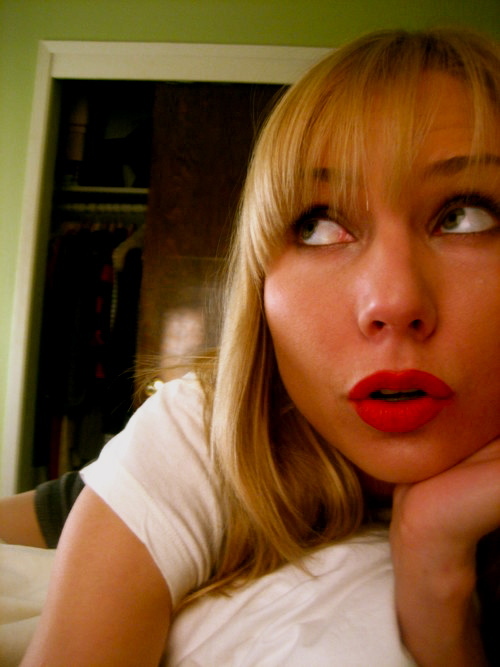 Thanks to Nicole Brunner, we have a brand new item in our Crashdown Exclusive category.

Next month, the actress who played Jennifer Coleman (Leanna) on Roswell’s season two is going to attend the Comic Con in San Diego. Nicole was kind enough to talk with Crashdown.com about her “Roswell” experience. In addition, you can get to know the actress and find out about her recent projects.

Thank you Nicole for taking the time to answer our questions!

01. You played Jennifer Coleman (Leanna) on “Roswell.” Did you watch the show before you were at a casting for the role?

Yes, I did watch it. Before the show had aired a friend of mine at the time had turned down the lead role (Max) to do another WB show, so I was very curious to see it. The first episode really grabbed my attention. Jason and Shiri were perfectly cast and really made the show special. The whole cast is just so amazing and talented.

02. When and how did you come into the acting business? Was there something particularly that made you decide to work in front of the camera?

I was scouted at a Beastie Boys concert when I was in High school for modeling but acting was always my goal. I moved to Hollywood when I was 19 years old and booked my first guest-starring role on “Roswell” about a year later. I always loved performing and entertaining people. I love how film and television inspire and translate human emotion.

03. In #212 We Are Family, Alex first talked about your character when a picture in the slide show appears.
Did you really met Colin Hanks for a photo-shoot or is this picture photoshopped like the story line in “Roswell” later reveals?

ALEX: That’s Leanna. Me and her have a long distance thing going. Hey, speaking of
which, what is up with you and Sean DeLuca?

I did have the pleasure of meeting Colin Hanks for the photo-shoot on the studio lot. He is exactly how you would think, very sweet and down to earth. I actually graduated from the same high school performing arts academy as his dad (Tom Hanks).

LOL, yes I heard it more than a few times while shooting but I can’t tell you how many exactly. I can tell you I never get tired of hearing it. It was playing when I was at the grocery store the other day and I could not help humming along with it. Its a great song, “Roswell” had an awesome soundtrack.

05. Did you had a chance to get to know Shiri and Majandra a little bit during that time of shooting?
Yes, they were the ones I spent the most time with. Both of them were very cool and really were like best friends, always talking and laughing. Shiri has a great sense of humor.

06. Are there any funny or memorable moments on set, you like to share with us? Or something from the casting.

I remember seeing Jason and Katherine always together on set because they were dating at the time. I had to wait 10 hours to shoot my scene for “The Departure,” but it was still fun. Also, I loved my dorm room, it was like I decorated it myself. Unfortunately they had to cut many scenes out of “The Departure” otherwise it would have been 3 hours long! I’m sure none of the fans would have minded that, it was a better and more linear script.

07. You are on the micro-blog network Twitter. You wrote “Too much info for one line…” What would you write if you had more than just one line for a short bio?

I’ve never been good with the “Bio” thing but there’s already a lot about me in this interview. Anyway, I think the best is yet to come so I’m gonna get back to you on that one.

08. You told your fans on Twitter, that you are attending this years Comic Con in San Diego. Are you involved in the comic industry like your father?

I am considering writing a column and hosting events for one of the comic book media forums. I plan to start a production company that works primarily on comic book and sci-fi projects. I love what’s being put out by the industry these days and how people are connecting with the material.

That’s a tough one. I love Crashdowncom, obviously. At the risk of sounding like a total tweet head, Ashton Kutcher is doing great things with his page, I mean the guy is just brilliant. I also really enjoy Jon Favreau’s because he has great updates about Iron Man 2.

10. Do you have other projects you’d like to tell us about?

I’m working on writing lately, I have a few great stories I can’t wait to finish. I also just starred in a short film that was featured in the 2009 California Film Festival called “Bridal Jitters.” I played a young woman who sabotages her own wedding. Its a fun film.

Nicole announced the winner of her “Roswell Script” give away contest

One thought on “Crashdown’s 10 Questions for Nicole Brunner”