While the Twitter algorithm stays a mystery as well as the full plot of B+T, we can say for sure that yesterday’s Twitter Fest was the most successful so far.

Fans from all over the world came on Twitter in order to let Netflix know that they crave for more Candy on TV, which can be satisfied by some “Baron And Toluca” only. We got proof in form of a screenshot from the SocialBearing website, which shows some serious twitter action not only in the United States but in Canada, Europe (e.g. The UK, Germany, France, Italy, Sweden, Poland), South Africa, Australia, India and Argentina which is remarkable, if you understand the huge time differences!

The following screenshots were taken at 6:08 PM EST and 7 PM EST:

Even if we didn’t go viral: Fans had a really good time!

Besides tweeting about “Baron And Toluca” fan theories, many fun discussions started and all fans enjoyed amazing pictures from the best Michael and Maria scenes which were shared by many fans as well as via the website Brendan-Fehr.net which happens to have a very extensive image gallery. Also, fans started a discussion about Baron’s hair already.

No wonder that in the word cloud the word “hair” suddenly appeared!

All in all, it was a wonderful campaign. Thanks to everyone who joined us! We count on you and hope to see you next week: same time, same place and be sure to bring your friends and fellow Roswell fans.

For the next Twitter Mission on July 16th at 6 PM EST you can already prepare your tweets by scheduling them via TweetDeck and Buffer. There’s also the possibility to RT with Buffer. Watch the tutorial videos on Crashdown.

Stay tuned! We can’t wait to tell you more.

Please come back for more information on the analystics from the @RoswellBack team Nomi and Debby. 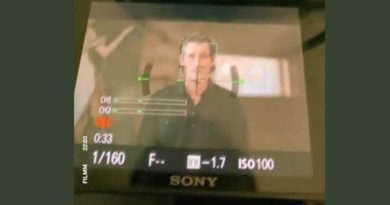 B+T Peek Behind the Scenes

B+T Sure Kicked The New Year Off Right!