Get into the Holiday spirit!

You can grab out your Roswell DVDs and watch the great Roswell Christmas episodes. In addition, the former Roswell cast starred in several holiday movies or starred on shows with Thanksgiving or Christmas episodes that will definitely get you into the spirit of the season. For all of you, who prefer a scary horror christmas flick. There are two listed, as well.

When everyone ends up at Baze’s loft for Thanksgiving, it isn’t long before a few big secrets are exposed. Baze worries that his father, Jack, will discover he is dating his boss, Emma; Lux worries that her parents will find out she is spending time with Eric; Tasha worries that something very dark from her not-too-distant past will be discovered; and Cate worries that if she tells Ryan the truth it will further complicate their already complicated relationship. 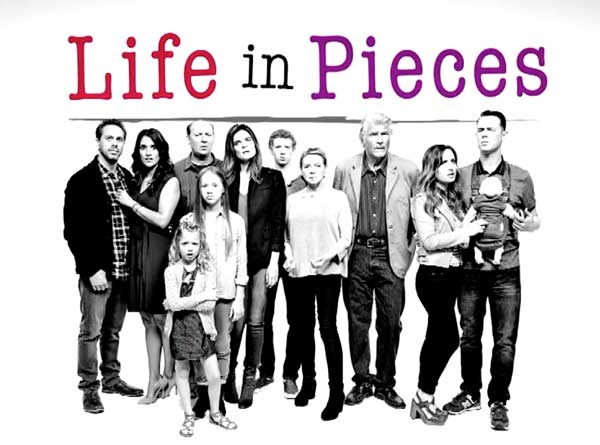 Godparent Turkey Corn Farts (Season 1 | Episode 8)
Joan invites their recently widowed neighbor, Gary Timpkins, to Thanksgiving dinner, during which everyone has a bad reaction to Colleen’s cauliflower dish. Also, Tim and Sophia try to find a last-minute replacement for Heather’s spoiled turkey, Jen and Greg debate who to name as Lark’s godparent and John takes Samantha to the Harvest Festival, where she sneaks into the corn maze with her boyfriend.

Testosterone Martyr Baked Knife (Season 3 | Episode 4)
When Heather, Clementine and Jen offer to save Joan from the stress of preparing the Thanksgiving meal, the free time leaves Joan even more frazzled. Also, Greg has a boost of self-confidence after learning he has high levels of testosterone; Samantha keeps a secret from her family during Thanksgiving dinner; and John is determined to continue the tradition of using his old, unsafe knife to carve the turkey.

The Twelve Shorts of Christmas (Season 3 | Episode 8)
The holiday spirit is alive, well and wildly different for each member of the Short family

Watch a short clip of Colin rocking to Christmas music in his car on ET: www.etonline.com

About: Liz is a cookbook author, crafting expert, and television personality whose name is synonymous with perfection. As she contemplates retirement, her daughter Candace (Jodie Sweetin) is poised to become the new face of the Livingston brand. The only trouble is, she can’t cook. Or sew. Or do any of the signature things her mother is known for. When a young girl posts a video online requesting Liz help welcome her deployed father home for Christmas, Candace is sent in her place in an effort to prove herself a worthy successor to the board of directors and win the job. As Candace does her best to make a good impression, she gets more than she bargained for. Starring Jodie Sweetin and Brendan Fehr.

About: During her first days working at a social media company, Megan’s team is tasked with finding the best Christmas hashtag and she is determined to be the one to do so to impress her boss and the cute guy in her cubicle. However, when she is forced to wear her eccentric grandmother’s gift—an ugly Christmas sweater—her unfortunate turn of events may well be the key to winning over her new boss and her new beau.

About: Christmas is one of Heather’s (Tatyana Ali, “Fresh Prince of Bel Air”) favorite times of year but this year, as the manager of the upscale Town Center Mall, she has to be the Christmas Grinch and cancel the leases of under-performing stores. One afternoon, Heather’s niece, Molly asks the mall Santa to help find a boyfriend for her beloved aunt. Unbeknownst to Molly and Heather, “Santa” is actually Ryan (Brendan Fehr, “Guardians of the Galaxy”), who is working at the mall for the holidays and helping his Aunt Patty run her failing toy store. As Heather and Ryan begin to fall for each other, they have no idea of one another’s true identity: Heather who is tasked with closing his aunt’s store and Ryan who is too ashamed to tell Heather that he is the actually the mall Santa. Will Molly’s Christmas wish come true, or will Heather be stuck as the Town Center Grinch? The film also stars Kim Fields, Jasmine Guy, Joseph Marcell, Dan Lauria, Jackee Harry and Mindy Sterling. “Wrapped Up In Christmas” is produced by ARO Entertainment. Jeff Schenck executive produces. Peter Sullivan serves as a director from a script by Jennifer Notas Shapiro.

About: A military widow rents an apartment to an Army Captain recovering from an injury in battle. As they team up to save the town’s military museum with a Christmas fundraising event, these two “wounded birds” find themselves falling in love — and being healed by the magic of Christmas.

About: Meredith Rossman is the uptight heiress of Rossman’s Department store. She has made the business her entire life, not leaving any time for Christmas or romance, much to the chagrin of her parents. But when she is roped into donning the store’s antique Mrs. Claus outfit to play Mrs. Claus at Rossman’s famous Santaville, her life takes some unexpected turns. Through the help of the suit and the charming store Santa, Nick, Meredith rekindles her love of Christmas, the store, their employees and possibly even begins a new love with Nick. He is mysterious, great with children and always there when you need him. Just like the real Santa….wait…could he be? One thing is certain: from the moment Meredith put on the magical Mrs. Claus dress, her life would never be the same!

About:
A smart, sassy, 34-year-old woman (Shiri Appleby) who is estranged from her family goes to sleep alone on Christmas Eve and wakes up Christmas morning seventeen years into her past to relive the worst Christmas of her life. But this time she is able to go back and change not only her imperfect past, but her also her less than perfect future.

About:
Self-centered, unemployed good ol’ gal Cindy (Taryn Manning) has been popping out kids by different daddies since she was knee high to a grasshopper, but she’s more interested in buying lottery tickets and doing what’s best for herself than parenting. The only thing in Cindy’s fridge is Cheese Doodle, which also happens to be her youngest son’s name. With her reckless ways and loose legs, it’s no surprise she’s about to lose her kids. But when three unlikely ghosts set out to show Cindy the error of her white-trashy ways, she begins to realize she’d better reform or else…

About:
Silent Night is the story of a local police department’s search for the killer Santa Claus terrorizing their remote Midwestern town on Christmas Eve. McDowell plays Sheriff Cooper, a small-town hero ready for some big-time action. Film is a loose remake of the controversial 1984 horror sensation Silent Night, Deadly Night, which went on to spawn four sequels.

About:
Priscilla Hall is a tough woman to work for, but her long suffering assistant Wendy is convinced that someday all the hard work will pay off. Unfortunately, Wendy’s dreams of impressing her boss get complicated when she realizes that the mysterious man she kissed in a falling elevator is Priscilla’s boyfriend.

About: The lives of several couples and singles in New York intertwine over the course of New Year’s Eve.

About:
Santa Claus is actually a demon who lost a bet with an Angel, so he becomes the giver of toys and happiness. But when the bet is off, he returns to his evil ways.

About: It’s 1999, and as the end of the millennium approaches, people are attempting to find spiritual enlightenment. But a few people want to skip all the work that entails, and a holy Tenctonese relic in the hands of a heretic is giving them a shortcut. But it’s not quite as easily controlled as she says. Jason plays Randy in the movie.

Thanks to Roswell 10/2/00 for the Alien Nation: Millenium info.