The crashdown party attendees filled the Key Club from wall to wall. This shot is taken from the stage looking out at the crowd: 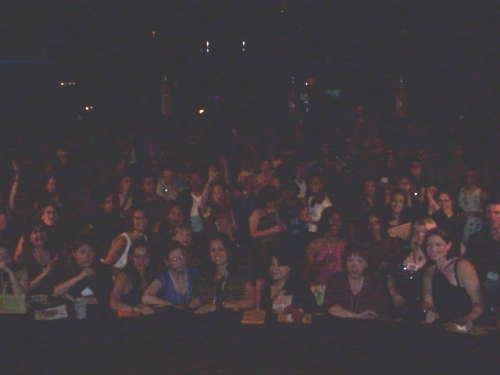 One lucky bidder at the auction won not only the bid for a Jason related item, but got to pose with him as well. 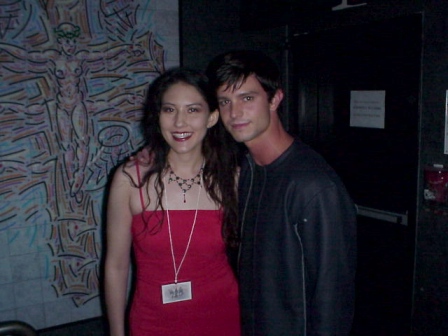 Majandra and Brendan were gracious enough to pose for a picture to display on Crashdown. The crew had been filming until 4AM the previous night, but still managed to make it to the party to see their fans. 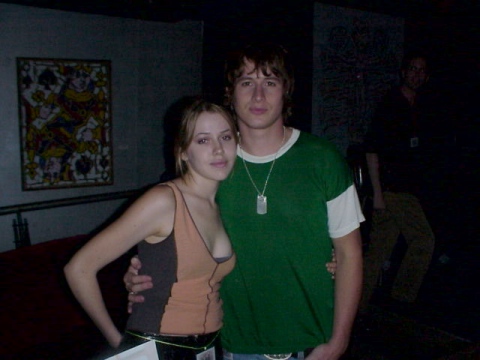 MistyMue shows off the hat worn by William Sadler, after winning it in the auction. MrV wondered jokingly why his hat was being auctioned since the show had been renewed, then autographed it for this lucky Valentine. 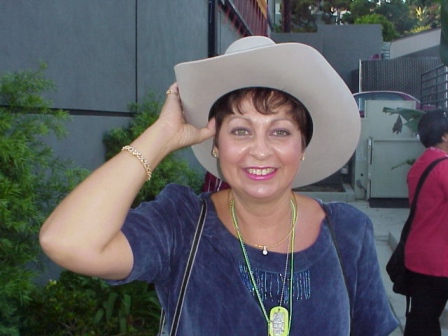 Ros 2 moderators, and party planners Kdberg, and Fehrocious show off the protection they arranged for the cast. 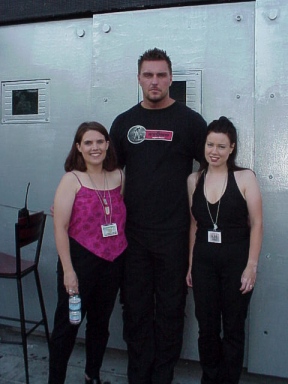 Brendan and Majandra’s Q&A session from the Party