The highlight of the party was an auction of Roswell props, wardrobe, posters, and other items donated for the Aids charity. Kevin Kelly Brown, executive producer of Roswell served as auctioneer, and $17000 was raised for the charity. The amount was impressive considering that this party was only half the size of the August 2000 crashdown party. Unique items included a pair of Nick Wechsler’s boxer shorts, an autographed t-shirt from Jason Behr worn last weekend in a celebrity basketball game (and still unwashed), and a set of Gandarian crystals mounted into a light box and autographed by Bill Sadler.

Attendees enjoyed meeting their fellow Fan Forum posters over games of billiards, and with a variety of tasty food items. Producers Kevin Kelly Brown and Jason Katims, writers Aaron Harberts and Gretchen J. Berg, and other people associated with the production of the show were in attendance, and interacted with Fans. 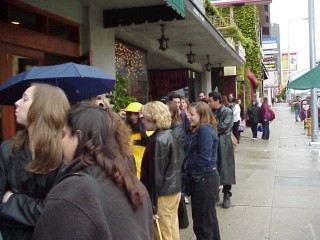 Early arrivals waited in the rain for the doors to open 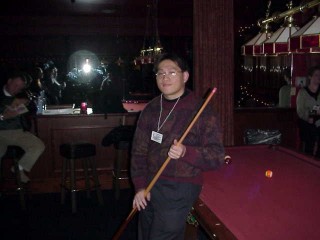 Crashdown.com webmaster, Michec, pauses to pose for a photo 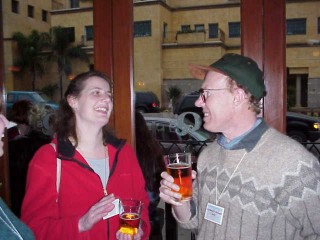 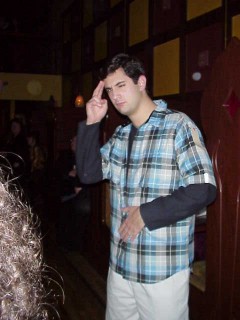 A party attendee models a shirt worn by Colin Hanks, won in the auction. 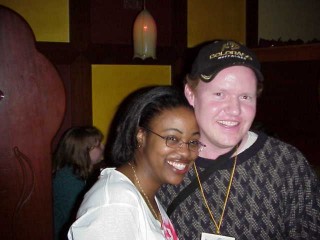 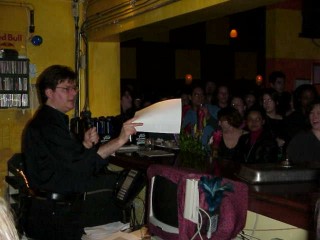 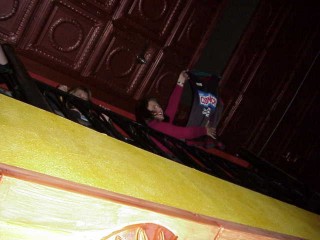 Jason Behr’s unwashed and autographed shirt was a big hit 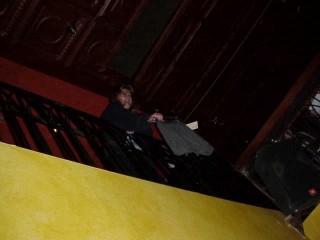 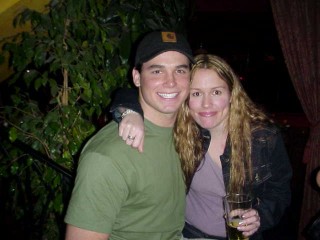 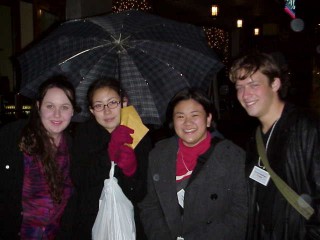 Katherine’s Dress to be Auctioned for Charity

Yeah, you know that I would, too, if I had impregnated an alien killer who murdered one of our best friends and then left the planet with my unborn child.

— Liz to Max (who wants to put everything that happened behind them), #301 Busted!