As posted earlier today, Jason Behr will be back as Damien on “Breakout Kings” tomorrow, April 22nd.

The upcoming episode is entitled “SEALd Fate” and it is going to be intense.

Damien has already killed one king and now he’s closer than ever to the next one. Tune in this Sunday for a new episode of Breakout Kings at 10pm/9c!

Jason will star in the two-hour season finale on April 29th, as well.

[…] In the episode titled “Freakshow”, airing on Sunday, April 29 at 9 PM (ET/PT), Max Doyle is the latest felon to escape. The lack of belonging Max has felt all his life is only partially assuaged by the fact that he’s turned himself in to a premier escape artist. Max’s talent creates a challenging case for the team. Meanwhile, not all of the Kings are on this case… at least one stays back to follow a clue left by their nemesis, Damian (Jason Behr).

Immediately following, at 10 PM (ET/PT), in the episode entitled “Served Cold”, the hunt for Damian continues. Still barred from working on the case, the Breakout Kings do what they need to do to bring their enemy down but they are soon faced with an impossible choice.[…]

“Remnants” about to enter pre-production 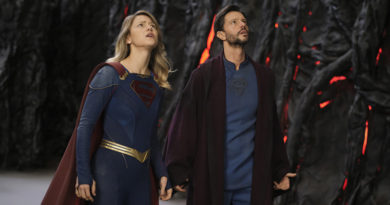