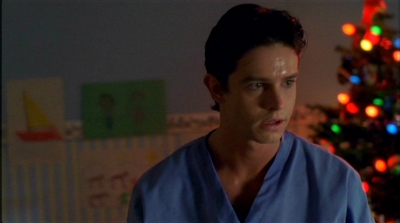 We hope you enjoyed Crashdown’s own version of an Advent Calendar.

If you haven’t watched one of the great Roswell Christmas episodes in this holiday season yet, now is the time to do so… and they will definitely get you into the spirit of the season… if you are not already.

“Another episode we did, in the second season, A Roswell Christmas Carol is an episode that I really love and what’s interesting in that episode that there’s not a lot of story. It’s just this very simple emotional story, where Max has to deal with this idea that if he has these powers to heal, what are his responsibilities to the world in using them.” He added “It’s an episode that I feel like I’m going to watch at Christmas, that I’ll be able to get the tape out and watch it. At least for me personally it will be one of those Christmas movies that you watch to sort of get you into the spirit of the season,” he said to BBC when the episode first aired.

Merry Christmas Roswellians!! Hope you guys have a good one.

EDIT: The Roswell Advent Calendar 2012 has been deleted.

Have A Merry Christmas Fans & Dans!

One thought on “Merry Christmas Roswellians”