Yahoo! TV spoke to Nick Wechsler about how to play a character as innocent, not dumb; building a bridge while you’re driving; and whether we can expect a “Roswell” reunion movie.

All right, we only have one question left and it’s a nice light fluffy one: “Roswell” reunion? Anyone?

I don’t think everyone — people were campaigning for a reunion, or a movie, years ago, but I think it was a one-sided campaign. The fans were like, “Do it, do it,” the studio and we — I think; I can only speak for myself, I was like, “Noooo. No. I just kinda don’t want to.” I was very grateful for the opportunity; it just… and even as my career kind of died after that — not because of that, it actually got me more opportunities than I had before, of course — but I was kind of lowest on the totem pole of the main cast, and I wasn’t the first one people were gonna come to with offers, you know. My career had lost steam, and I had faded into obscurity, and even when I was in obscurity, and I could have used the gig to kind of lift me out, even then I didn’t want the “Roswell” movie.

And then you do it? 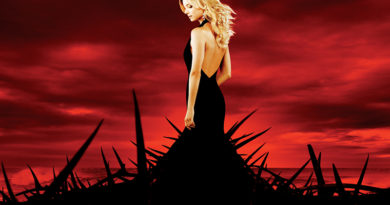