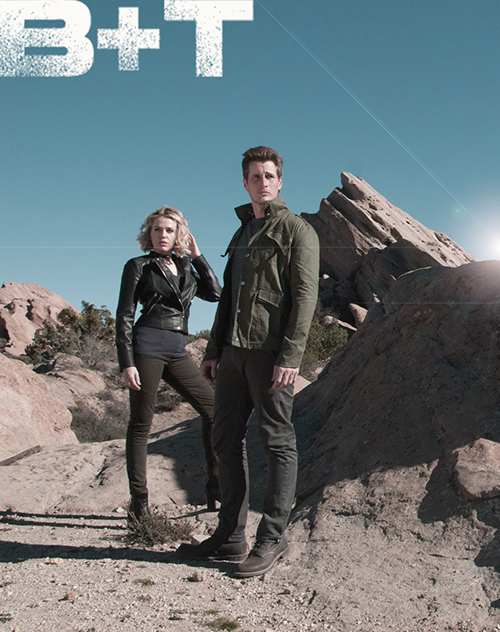 Starting 2018 with a bang, our friends over at @BaronAndToluca sure kicked the new year off right! A new promotional still has been released and you surely agree with us that it’s awesome and just what we needed!

The two characters Toluca Mendez and Jake Baron are standing in front of the infamous rock formations Vasquez Rocks – Roswell fans might recognize at first gaze. Both are looking in the distance… yes, a paranormal mystery threatening to kill them both. The post comes along with the caption “Everyone has a role… and the hashtags #BandTogether, #NetflixforBandT and #Letsdothis are added.

Let Your Voice Be Heard!

We assume you already watched the fabulous promo on YouTube. In case that it’s the first time you heard about “Baron And Toluca”, here’s the story in short: Majandra Delfino and Brendan Fehr took matters into their own hands with a show that would bring everything together fans loved about the spicy candy couple. Also, the show will pay tribute to “Roswell” in the most wonderful way: Roswell Easter Eggs (beloved actors from Roswell might pop up on your screen, too!)

So, when and where can you see B+T? Well, we can help to make it happen. As you could read on the official website in the early beginning: THE STORY IS WRITTEN, THE PIECES IN PLACE THE REST IS UP TO YOU… Read the long synopsis for the possible show here: Tagline City – Baron And Toluca

Let’s spread the word about the project and ask for #BandT! Come back soon to find an updated guide of what you can do to make this project happen. In the meantime: Tweet! Tweet! Tweet! and post about B+T everywhere. Also, you can let Netflix know via the suggestion form or send SYFY feedback.

Everyone has a role… #BandT #BandTogether