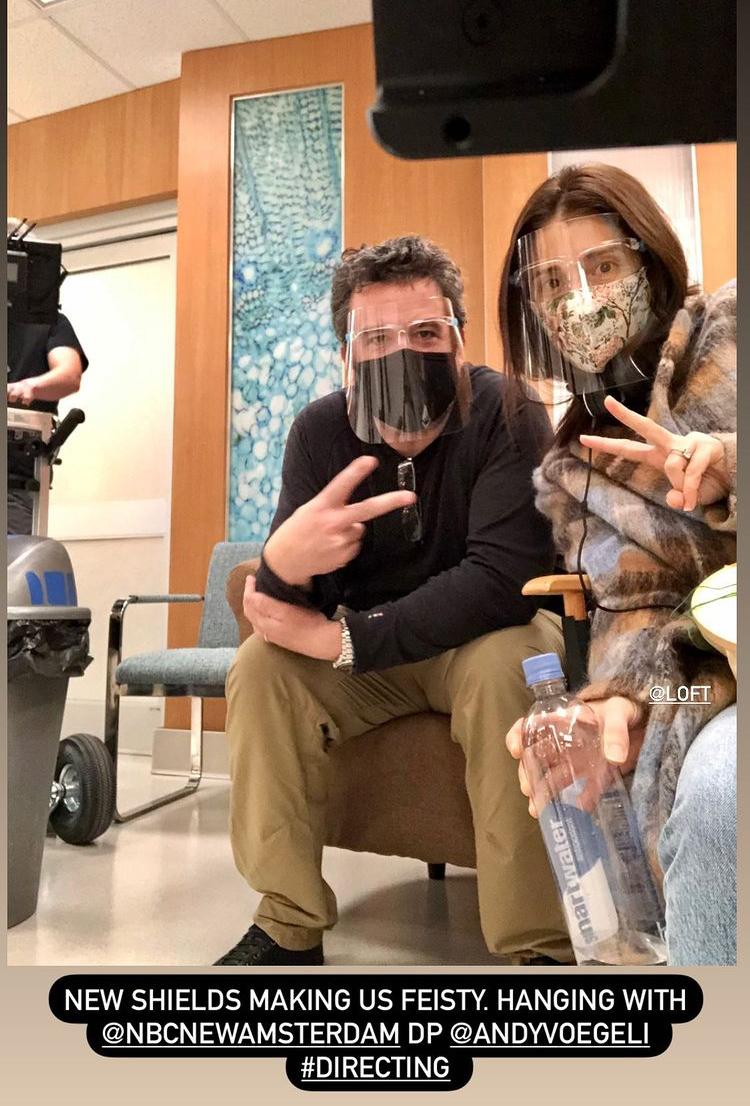 The third season of NBC’s medical drama “New Amsterdam” is currently in production and Shiri Appleby is directing an episode.

She announced the news around January 15, when she shared a photo in her Instagram story: A selfie in front of a “New Amsterdam” poster. She wrote “I’m so excited to be in NYC directing a new episode of New Amsterdam.”

Shiri added additional photos from the tech scout day, with Tyler Labine and New Amsterdam’s DP Andrew Voegeli. In addition to her mask, Shiri wears a face shield to stay safe during production. Like other shows, “New Amsterdam” will tackle the pandemic in the episodes.

She also shared a script of the episode, but with all information hidden. We still learn that Shiri is the director of episode eight.

Visit www.nbc.com/new-amsterdam for more information on the show.