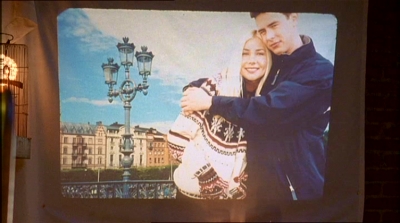 Her character Leanna was first introduced by Alex in episode #212 We Are Family.

He introduces Leanna as the young swedish girl, whom he meet during his stay in Stockholm. But later the friends find out, that her real name is Jennifer Coleman and she’s a student at a University in New Mexico …

In addition, Nicole added a set photo to her “tweet”. So, take a look!