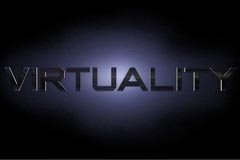 “Battlestar Galactica’s” Ronald D. Moore and Michael Taylor wrote the story of “Virtuality” which was originally planed to be the pilot for a new sci-fi series.

IGN spoke with Ron D. Moore about his upcoming tv movie. They asked him, if “Virtuality” could continue past the movie. “There’s no plans. There’s nothing active that I know of to continue past it, but it’s a never say never kind of business. So I imagine if it did really well, if there was a buzz about it and people were excited, anything’s possible.” Moore replied.

“Virtuality” airs tonight at 8 on Fox. Fox has just allowed a 12 minute preview of the show to be released online. Please go to www.denofgeek.com/ and watch the preview.

Visit www.facebook.com/pages/Virtuality/79071714541 and find much more information. In addition, several videos can be found there.