As already reported the March issue of VOGUE magazine includes a Robert Pattinson and Emilie de Ravin story plus a nice picture series that was taken on December 16, 2009 at the Los Angeles County Museum of Art.

On the website of the magazine a preview can be found: 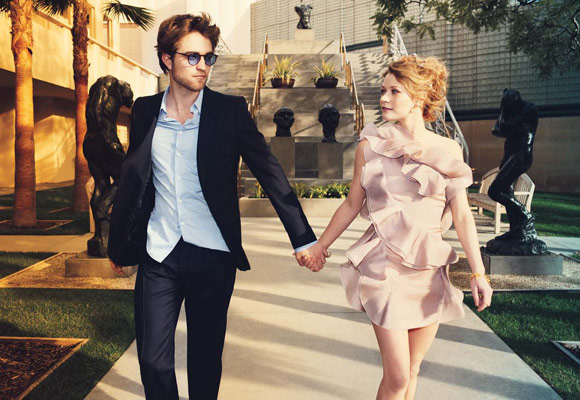 Read here a snippet from the interview:

Twilight’s phenomenon Robert Pattinson and Lost’s Emilie de Ravin drop the fangs and the fear in a new love story.

By John Powers. Photographed by Norman Jean Roy.
Ask Robert Pattinson and Emilie de Ravin about shooting their new movie, Remember Me, and they instantly start talking about the throngs of Twilight fans and pushy paparazzi who swarmed around them as they filmed on the streets of New York.

“It was the most ridiculous experience,” says Pattinson, flashing the sweet, shy smile those crowds hoped to see. “You’re trying to stay in character and you’re trying to walk down the street, but all those people keep reminding you that you’re not this character, you’re—”

“A show pony,” cracks de Ravin, and the two burst into laughter.

Read more on VOGUE. The complete story appears in the March 2010 issue of VOGUE.

Emilie de Ravin and Robert Pattinson will be guests on “The View” on Tuesday, March 2 to promote the film “Remember Me”.

More news about Emilie not returning