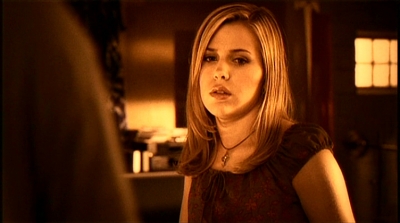 April Fools Day is one of the best holidays.. and some news are just too good to be true.

On April 1st, Majandra Delfino played a joke on us announcing “Just got off phone and it’s official. 4 out of the 7 cast are locked in for Roswell movie. After my deal closes, that’ll be 5 of the 7!!!”

Roswell Fan Stephanie repied “that’s either the best news of my life or the cruelest April Fools ever!! haha” and Lucy added “this has to be an April fools it’s too good to be true!!!”

Majandra uncovered the April Fool’s joke yesterday and she tweeted “Believe me though, no one wishes it were true more than I do!” which is very nice to hear. We all secretly dream of a Roswell Movie. Aren’t we?

The lovely Majandra is starring in ABC Family’s upcoming show “The Great State of Georgia” which is going to premiere on June 29, 2011.

In E!Online‘s Spoiler Chat her guest appearance was mentioned:

Peter: Looking forward to the return of Men of a Certain Age—it’s one of my favorite cable shows. Any dish on the new season?
This season Scott Bakula’s Terry is going to be canoodling with Roswell alum Majandra Delfino, who plays a hot young thang named Stella. So excited to see her back on our TVs.

“You’re on the Roswell Set”