Skip to content
Leading Majandra Delfino
June 13, 2011May 6, 2015 Lena A League of Their Owen, majandra delfino, Men Of A Certain Age 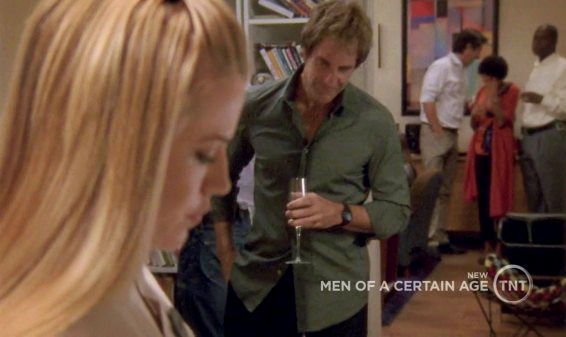 Last week, Majandra Delfino was on TNT’s “Men of A Certain Age”. If you missed her guest appearance make sure to watch the full episode “The Pickup” on the official TNT website.

For screenshots and clips, please head on over to MAD Online: Caps | Clips

On June 15th the brand new episode “A League of Their Owen” premieres. Tune in and see Majandra again!

A League of Their Owen
Premieres Wednesday, June 15 at 10/9c
Men of a Certain Age: Season 2, Episode 9
Owen is handed the reigns to the Thoreau Chevrolet softball team right before the season opener against a rival dealership. Joe’s dad (guest star Robert Loggia) comes to visit and brings along his new girlfriend to meet the family. And Terry’s relationship troubles come to a head. Patrick Gallagher and Alanna Ubach also guest-star.

Starting on June 29, 2011 you can see Majandra back on TV every week. ABC Family’s new half-hour comedy series “The State of Georgia” premieres at 8:30PM ET/PT.

Brendan / Majandra do a PSA for the Ontario government