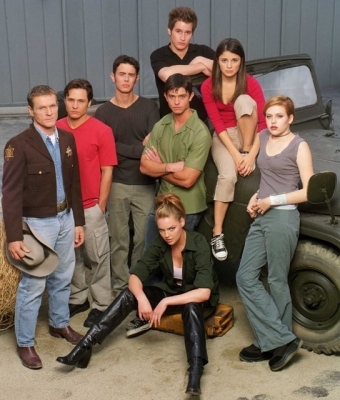 Entertainment Weekly – The Community will feature a blog series about “Roswell” in order to introduce the show to a new generation of fans and to remember this gem of TV.

Jen Winkler will be highlighting the 10 most essential episodes beginning with the Pilot.

Please make sure to read her first entry here:

The story is as old as time: Boy likes girl, girl likes boy, girl uncovers boy’s secret identity. Hilarity ensues. No, but seriously, the epic love story of Liz Parker and Max Evans in Roswell deserves to be remembered and introduced to a new generation of fans.

In honor of the “flashback Friday” trend, I thought I’d kick off my time as an EW Community Contributor by recapping the best episodes of Roswell, a criminally underrated WB/UPN sci-fi series from the late 1990s/early 2000s. If you’re new to the series, I highly suggest adding it to your list of summer Netflix binge watches. Even if you’re already a fan, it’s always a good time to rewatch!

One of the brains behind the show may sound familiar to you now: Jason Katims. [….]

I’ll be highlighting the 10 most essential episodes spanning the course of this series. Feel free to follow along and share your comments with us! Whether you’re watching Roswell for the first time or you’ve lost track of how many times you’ve rewatched the series, let me know what you think.

Thanks to Jarrod for giving us the heads up!!