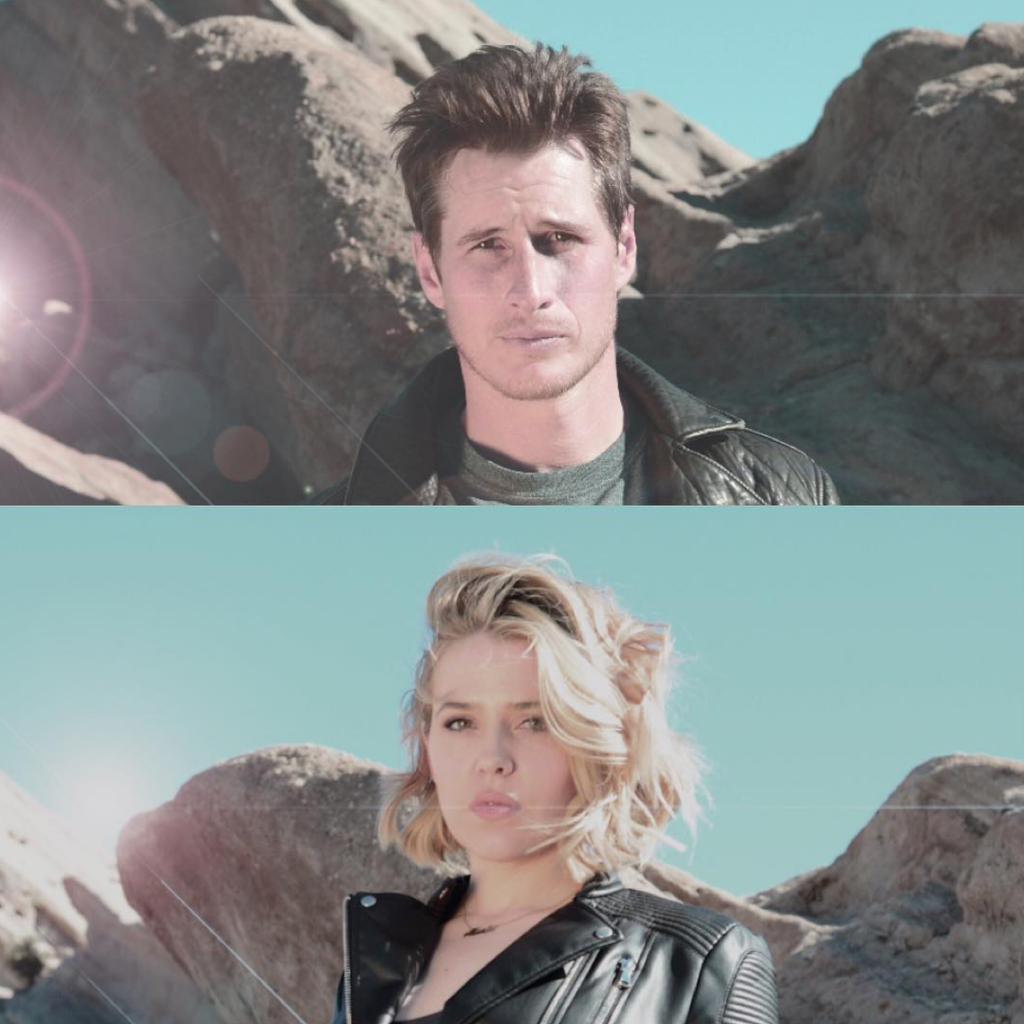 So you just heard about Baron and Toluca Ey? Congratulations! Have you been living under a rock all this time? Haha! Just kidding! (Kind of)

Jokes aside, Baron and Toluca, or “B+T” as its officially called, is a show – but not yet. Confused? Stay with me here:

If you are excited that Majandra and Brendan are working together you should be. It’s been 17 years since Roswell ended. A show that brought us all kinds of “feels” not to mention some great chemistry between the on-screen couples. Who could forget the loyalty and romance between Max and Liz? The passion and heat between Maria and Michael (even when they were fighting!)? And the trust and sincerity between Alex and Isabel? Even the “lamp-trimming” teasing from Tess and Kyle made some of us roll the windows down!

Even when the show ended fans remained steadfast and loyal to the series. The show collected more newer fans in 2014 when it started airing on Netflix. Which brings us to B+T.

If you just discovered this new project that Majandra and Brendan want to do, just know that the news on B+T started a year ago. Yes! A year ago. (seriously how big was that rock? ;-) )

If you are not new to B+T, feel free to keep nodding your head as you read along, and shout that ever eternal “HELL YES” or “ I Tweeted that!” or “Totally sent that!” or “Cindy Holland!” and of course “DAN all the way!”.

If you’re new to B+T here’s what you’ve missed!

In late May of 2016 Majandra and Brendan were teasing fans with pictures and phrases that brought back those “Maria and Michael” feels that we all love and miss! At first the Fandom thought it was in reference to a Roswell Revival…. (look at the first half of this #roswellback campaign video: Digital Hot Sauce campaign to see the M&M banter)

But then, when they started sharing pictures…it became even more confusing. (sorry were you hoping I would say clearer? Nope not yet, but stay with me here, it becomes crystal!)

Look at the first couple of minutes of this video to see the pics they teased fans with:

Fans began recognizing parts of Majandra and Brendan, and then on June 25th it finally all came together. June 25th www.baronandtoluca.com was announced. If you go there now you can see the promo. Have you seen the promo? Here it is:

The @Roswellback and The Crashdown.com team, came together once again, and started Twitter campaigns trying to get the attention of Netflix to pick up B+T. Here is our first of many Twitter campaign videos. You will see we offered instructions, tutorials and data.

Fans every Saturday at 6PM EST World Wide literally got together and shook the internet, trying to get the hashtag “#NetflixforBandT” to trend.

After still not hearing anything from Netflix, The @Roswellback Team (Nomi and Debby) along with the Crashdown (Lena and Sarah) with social media fan affiliates that centered around Majandra and Brendan’s work got together. They are as included: @TNS_fans (The Night Shift Fans), @brendanfehrnet, @MADonline, @nightshiftDE (Germany Night Shift Fan Base) and @Roswell_fans.

This time the campaign went to a more physical route naming it “Phase 2” and sent in items of Honey and Tea. Why Honey and Tea? Well we kind of got the hint from Brendan and Majandra from the emoji’s they’d use in their tweets. The Bumble Bee for the “B” and the tea cup for the “T”, so naturally Honey and Tea made sense as items to send in to Netflix and get their attention.

In the midst of the Phase 2, Brendan and Majandra came out with a B+T promo that was released on Entertainment Weekly.

The buzz was palpable- more and more fans came on board thirsting for more. The tweets were endless and more Honey and Tea packages were being sent.

We then initiated phase 3 and discovered K cups which contained honey infused tea. These cups along with honey packets and tea items that were inexpensive were added onto a registry on Amazon. This proved to be easier for fans since all they had to do was click and send items without having to go to the post office.

We even made online postcard graphics and online postcard tutorials for B+T fans that resided both inside and outside the U.S since sending items like honey and tea due to custom regulations may be challenging to send.

After sending 100+ K cup packages to Netflix HQ in less than a month through Phase 3, we received no word immediately from Netflix, but @NetflixLifee has taken notice and it has sparked a new flame in #TheDans and fans to keep taking action. @NetflixLifee is the official twitter account for the Netflix fan site.

So where are we now and what are we going to do? Well the mission is still ON. How can it not be? We have fans coming out of the wood work everyday. It’s just a testament to how fans can make a difference.

And if they think we’re stopping if they think that’s stopping us, they better thinking again. If there’s any fandom that has utmost Stamina it’s THIS one.

While many fans moved on to not tweeting to Netflix only, but reaching out to other streaming companies too, Hulu noticed some tweets and even replied. Read more in this article: B+T Tweets Noticed

So if you want to know how you can help and stay on top of the B+T campaign news follow @roswellback, @crashdowncom and these affiliates:

We have many ideas coming down the pipeline. Have you been following the current B+T Fan Campaign? It’s called: Baron And Toluca Travels To TV

Also stay tuned for a Twitter campaign coming on August 27th! Get your Tweetdeck, Buffer, and Hootsuite devices ready!

We have more missions underway, and we can use all the zealousness from fans we can get! So Follow! Follow! Follow! And we’ll keep you taken care of and informed. But don’t just stop there- get your friends and family to follow and be involved in the campaigns as well. We’re looking for numbers, and we weren’t our Army Big. So the more the merrier, and ask them to join the charge!