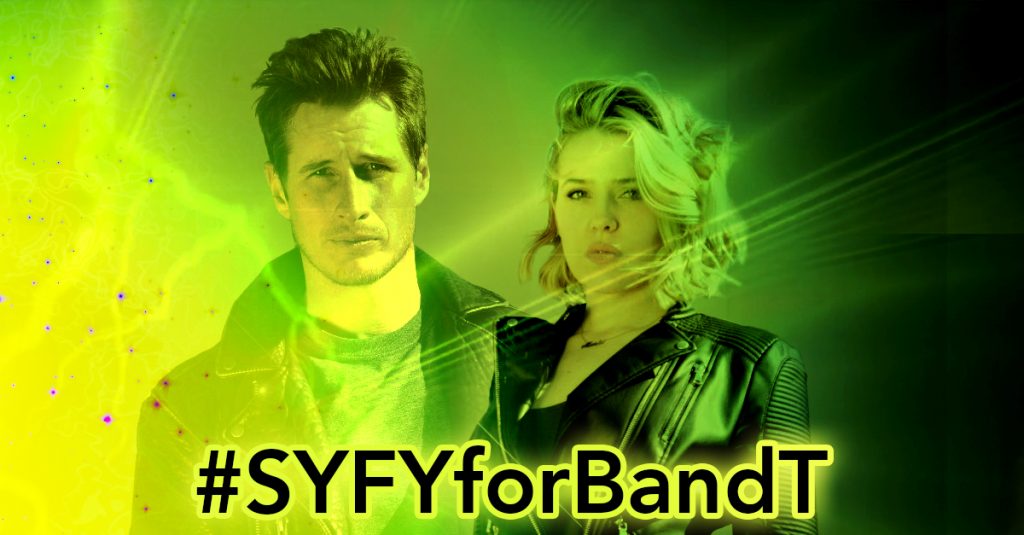 While much of the hype the last few days began with the news that a new series may be released based upon the ‘Roswell High’ book series, a great deal more attention and conversation centered around the original series based upon those books–‘ROSWELL’–and that found us once again discussing ‘Baron and Toluca!’

We can safely say that we are just as–if not more!–excited–to see more than five minutes with those two exes called Baron And Toluca in a new sci-fi show! Especially since those two exes are forced to team up to save not only themselves but also the planet we call home!

And who could possibly forget all those well-included little easter-eggs Roswellians have noticed in that mere five minute trailer? There’s no doubt we’ll all be avidly watching for more! (Read | Watch)

With the promo exclusively premiering on the Entertainment Weekly’s website on October 31st, 2016, we can just imagine how many Roswell fans have stumbled upon the clip by now! And with more ‘Roswell’ fans returning to social media following the announcement of the ‘re-imagining’ of ‘ROSWELL,’ many fans agreed that they wanted something new and unique with the original cast –and only B+T can bring us those “Roswell feels”.”

“Baron And Toluca” is a new paranormal/sci-fi show with a fresh take starring Brendan and Majandra as Jake and Toluca. Those that may not be familiar with Brendan’s and Majandra’s characters as Michael and Maria in Roswell or the 90’s show altogether, will still find B+T not only to be enjoyable but just what our TV Screens need! B+T is not a spin-off or reboot, but something different, exciting, mysterious, and already has thousands of fans.

Jake Baron and Toluca Mendez are a new paranormal team to watch out for!

Let’s make it easy: please tell @SYFY that B+T is an original show with a unique idea, suitable for not only TV viewers who enjoyed Roswell in their teens/early adulthood, but also for supporters of shows with sci-fi elements, and even those who just love a good character driven show with a centralized love-hate relationship — where everybody holds their collective breath waiting to see if those characters end up together.

Watch the teaser, enjoy the promo, and afterwards, it’s your turn to express your desire to see that alien green light for this show to be made!

Then on Saturdays, all The Dans come together on Twitter in order to spread the word about the show. Be sure to join the Thunderclap, too!!

All we need is #BandT! @SYFY please watch the #BaronAndToluca promo & bring this amazing show to life! #SYFYForBandT https://youtu.be/ix-t3wlUuwU (Click and tweet!)

If you’re asking yourself, ‘why SYFY’ the answer is simply: The sci-fi channel had Roswell in its program for a long time and recently Brendan Fehr guest-starred in the Canadian-American supernatural Western horror television series “Wynonna Earp”. ‘Baron And Toluca’ would be in a good company.

Besides “Wynonna Earp”, SYFY is home to other supernatural shows besides ‘Wynonna Earp’ such as ‘The Expanse’ and the upcoming show ‘Krypton.

With their own original content and sci-fi shows, ‘Baron And Toluca’ will definitely be a good addition for their sci-fi and paranormal viewers.

The SYFY channel caters to an audience that is vast and large, targeting not only adults but at times, Teens and Young Adults as well, vs the CW which most caters to a younger audience. The Roswell fandom over 18 years has also grown to be vast and made up of numerous age groups, hence why SYFY is the perfect home for B+T.

If you can’t watch the SYFY channel, please still support this campaign. Somehow or another, SYFY shows end on streaming platforms or you can call the Baron And Toluca first season your own when it’s released on DVD.

One thought on “You want Sci-Fi? Tell SYFY!”