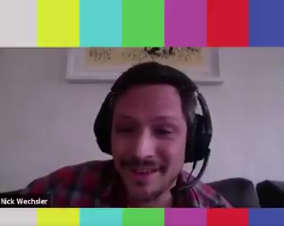 In “Dead Pilots Society”, scripts that were developed by studios and networks but were never produced are given the table reads they deserve.

The “Dead Pilots Society” is hosted by Andrew Reich and Ben Blacker.

Listen to the table read on Simplecast, Apple Podcasts, Stitcher, Spotify or Maximumfun.org. If you want to see their faces, you can become a member of Maximum Fun.

Our pilot this month is called Common Areas written by Mat Harawitz (Angie Tribeca) & Hilary Winston (Happy Endings). In cities where rents have sky rocketed, people are turning to micro-units in luxury buildings, where they can get a bedroom for the price of an apartment in any other city. These dorm residents are getting a lot more than just a tiny bedroom and athlete’s foot, they’re getting a community (but also probably athlete’s foot). Common Areas centers around the tenants of one of these adult dorms. The project was set up at ABC with Stoller Global Solutions and Sony TV attached to produce.

Get the video for the table read for as little as $5 by going to https://maximumfun.org/join

What really happened: VIP room at the Crashdown Party

“Revenge” got picked up