Thanks to the two readers who sent this in from SciFi.com!

Jason Behr, star of The WB’s hit teen alien series Roswell, said he is weighing his options carefully for a movie project when the show goes on hiatus for the summer, according to the Associated Press.

“You don’t have to take the first thing to be successful,” Behr told the news service.

He added, “There are a lot of people who want you to keep doing the same thing, like that saying, ‘If it ain’t broke, don’t fix it.’ I want to be involved in telling a good story. … If I fail because of that, I failed my way. If I succeed, it’s going to be that much more rewarding.”

In addition to winning viewers as the smoldering Max Evans on Roswell, Behr’s gaining notice for his role in the independent film Rites of Passage, which also stars Dean Stockwell. Behr received a best acting nomination in this year’s Santa Monica Film Festival, and the film won best of show.

But growing fame isn’t going to his head, Behr said. “For people to tell you nice things or compliment you is rewarding, but if you allow yourself to buy into the notion you are now a star, then you stop being an actor,” he said. 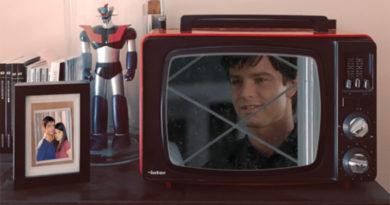