Thanks to Jen for this. Here’s the direct link Helping Hands

In support of this online philanthropic campaign, more than 60 celebrities
including Clint Eastwood, Lisa Kudrow, Jewel, Ben Stiller, The Backstreet
Boys and Michael Douglas have created original artistic interpretations of
the “Helping Hands” theme, which range from paintings and drawings to
sculptures and signed memorabilia. These “handiworks” are currently featured
in a special holiday catalog on Shop@AOL, the company’s popular online
shopping destination, and offered auction-style through links to eBay, the
world’s leading online trading community. New hands are debuting in the
catalog each week throughout the holiday season, allowing fans to bid on and
buy artwork from their favorite celebrities while supporting a worthy cause.
Some of the most recent pieces to be added to the collection include:

*Oprah Winfrey’s hand on a signed copy of the first edition of O, The Oprah
Magazine

*Michael Keaton creates a hand with fingers on fire

*Koko, the first gorilla to master sign language and inter-species
communications, offers a photo of her waving hand.

Since launching on November 9th with a star-studded event in Los Angeles,
holiday shoppers have been quick to purchase the unique and interesting
pieces of art offered in the Helping Hands catalog. In just two weeks, the
first 24 hands up for auction raised thousands of dollars for participating
celebrities’ favorite charities. Nick Carter of The Backstreet Boys topped
the list with his hand’s glimpse of an ocean floor, raising $2276 for the
Center for Marine Conservation. Gillian Anderson’s mixed-media piece raised
$2150 for Neurofibromatosis, Inc., while George Clooney’s brought in $1725
for Project ALS. Magic Johnson’s basketball raised $1625 for his own Magic
Johnson Foundation and illustrator Mary Engelbreit raised over $1000 for
First Book.

The Helping Hands catalog is available through December 31st on Shop@AOL (AOL
Keyword: Helping Hands and at www.aol.com/shopping). The catalog also offers
links to the philanthropy portal Helping.org, where fans can donate money
and/or volunteer time to contributing celebrities’ designated charities. This
week, look for hands from Larry King, Backstreet Boy A.J. McLean, Ryan
Phillippe, Big Brother’s Brittany Petros, ER’s Goran Visnjic, Anjelica Huston
and Kobe Bryant of the Los Angeles Lakers, among others. About Helping.org
Changing the world, one person at a time, is what drives Helping.org, the
most comprehensive philanthropy portal in cyberspace. As the one-stop
philanthropy portal in cyberspace, Helping.org is proud to connect online
users to more than 650,000 charitable organizations. Because it is supported
by funding from AOL’s charitable foundation, Helping.org takes nothing out of
donations that are made through it.! ! Helping.org is available to Internet
users at www.helping.org and at AOL Keyword: Helping. With two comprehensive
databases — one for donations and one for volunteering — the site enables
individuals to get information on, and donate to any of the registered
charities. Helping.org also provides individuals with the tools to research
and sign up for volunteer opportunities in their own communities or around
the world. 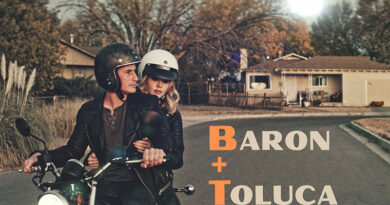