Thanks to Bridget for this:

Fangoria’s March Issue (pgs 74-78) has done a story on the upcoming movie
“Valentine” which Katherine Heigl is in.

However, I should warn you that the article has some SERIOUS errors in it
regarding Katherine.

The article written by Michael Rowe entitled “Valentine Runs Red: Jamie
(“Urban Legend”) Blanks latest demonstrates just how easy it is to your
heart” misidentifies our own Katherine Heigl as actress Marley Shelton
throughout the article. And the caption for Katherine’s photo on page 78
which reads: (“Journalist Kate (Marley Shelton) may find herself becoming a
headline”) also misidentifies her as “Marley Shelton” – who is a different
actress, obviously, that also appears in this movie, as well as the upcoming
flick “Sugar & Spice.”

If you’re a reader of Fangoria magazine, then I am sure you’ll not be
surprised at the errors. They’ve done it frequently with articles on
episodes of “Buffy The Vampire Slayer.” *grin*

In any case, I thought you’d want to know about the article for your site.

So far the article HASN’Tt made it onto their website
(http://www.fangoria2000.com) yet, but the hard copy issue is out on
magazine stands now.

Thanks to Alana for this :)

Valentine’s Day can be tough when you are single and alone – and even tougher when you’re not the most attractive guy on the college campus. Four women play a practical joke on a hapless collegiate on Valentine’s Day. Ten years later, Mr. Unpopular undergoes plastic surgery and is transformed into a handsome heart-throb. Now the tables are turned and he seeks out the four women he knew in college. Only this time it isn’t a joke – it’s murder.

I think Katherine will be one of the college girls, but this movie is rated R for strong horror violence, some sexuality and language.

So please try to see it and support Katherine!!! 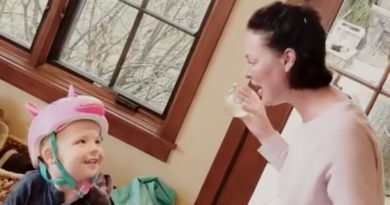 I’m not sure Disneyland counts as L.A.