Thanks to Vallygirl for sending in this

From The Hollywood Reporter

In other pilot casting news, Reagan Dale Neis has joined Fox’s comedy “The Robinson Brothers,” while Emmy winner Ben Gazzara has come on board CBS’ drama “The Webster Report.”

The untitled Rhimes drama, from Touchstone TV, centers on female residents in a surgical training program.

Washington will play Dr. Burke, a top surgeon at the hospital, a show dog and son of the hospital’s chief of surgery (James Pickens Jr.). He replaces Paul Adelstein, who pulled out due to scheduling conflict. Heigl will play an intern.

If the project goes to series, it would be Washington’s first for broadcast TV.

His credits include such features as “Romeo Must Die,” “Out of Sight” and “Welcome to Collinwood” and Showtime’s series “Soul Food.”

Washington is repped by Innovative Artists and Vincent Cirrincione and Associates.

Heigl, best known for her role on “Roswell,” next stars opposite Johnny Knoxville in “The Ringer.”

She is repped by WMA and managers Stephanie Simon and Jason Newman. 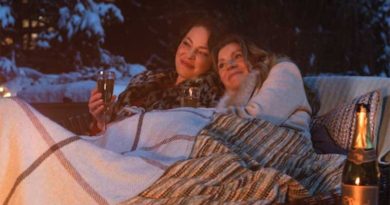 Katherine knits for the worthy cause