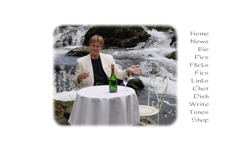 Did you know that William Sadler is an active user in the official Bill Board?

Well, he is an active user in the Bill Board.

In the forums of his official website www.williamsadler.com the webmaster MsCarolyn opened a thread for “Pacific” back in 2007. For the production of the HBO mini-series from the creators of “Band of Brothers”, William was in Australia.

I’m going to play “Chesty” Puller the most decorated and most famous Marine that ever lived in the 10 part HBO series Pacific. I’m told that Marines everywhere even now, say goodnight to Chesty before they turn in. Pacific (the name may change) comes out in 2009 so set your VCRs. … The nice thing about this guy is that when he’s on, he’s the center of the scene.

Lady_marinus informed the fans that “Pacific” will be shown in spring of 2010. Zap2it.com posted a first look on the mini-series, in which William portrays Lieutenant General Lewis ‘Chesty’ Burwell Puller.

Watch the trailer on Zap2it.com: VIDEO: Trailer for HBO’s ‘The Pacific’

Williams response to the trailer:

Cool! When they told me last winter it wouldn’t come out until Spring 2010, I thought “Wow. Not until then?” Doesn’t seem so far off now does it? Great looking trailer though I think, if I do say so myself.

The 10-part mini-series is telling the intertwined stories of three Marines during America’s battle with the Japanese in the Pacific during World War II.

The thread mentioned above can be found here

The Grim Reaper May Return in Bill and Ted 3