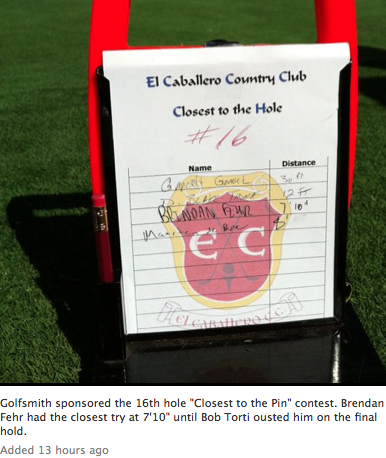 Peter Gallagher, Christopher Rich, Scott Bakula and Tom Welling were among the TV and movie actors who hit the greens for the charity tournament as well.

According to the official Facebook page of the Screen Actors Guild Foundation, Brendan Fehr had the closest try at 7’10” until Bob Torti ousted him on the final hold.

Please visit www.sagfoundation.org/golf/ and learn more about the event.

For some pictures head on over to SAG’s Facebook. They will hopefully post more photos from the event soon.

Thank you for your help Vicki!!

Get A First Look At “The Night Shift”

Brendan cast in “Take My Life…Please”