What do Jason Behr, Kristen Bell, Sophia Bush, Eliza Dushku and Devon Sawa have in common, besides the fact that they’re all really, really good looking?

They were among the most popular choices submitted by WWK readers when we asked you guys to dream cast the two Original siblings we’ve yet to meet on the CW’s Vampire Diaries.

In a completely shocking turn of events, many of your Original suggestions included actors who are no strangers to the CW network, including several Supernatural stars and an extremely “epic” Ringer guest star. So who made the cut?

For the guys, the most popular pick was definitely Roswell’s main alien hottie Jason Behr. Of Behr, commenter Clare says he’s “been seriously underused since Roswell and he would be magnificent.” We agree on both accounts, Clare, so gold star for you! Coming in second place? Devon Sawa! […]

You can read the full article here.

Next year, we can see Jason in the role of a villain on “Breakout Kings”. A&E has ordered a second season of the fugitive-themed drama show for sometime next year.

Find out more about the show by watching this trailer: 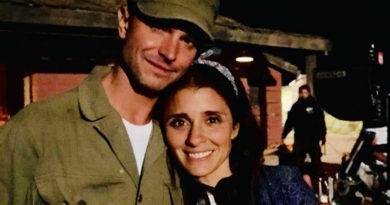