Get ready for fall TV and mark your calendar!

Brendan Fehr had a guest role in the second season of A&E’s crime drama “Longmire”. Now, he will be back as Greg Collette. Despite being one of the most popular programs of the network the show was cancelled, but thanks to Netflix the show returned for a fourth season on September 10th, 2015.

“Longmire” will continue just moments after the season three finale. Brendan stars in episode #4.05 “Help Wanted” of the new season. All 10 new episodes are available online and you can start marathon-viewing all episodes right now!

The second season of Syfy’s zombie show “Z Nation” premiered on September 11th, 2015. Earlier this year, William Sadler was in the Spokane, Washington, area for the post-apocalyptic television series.

Colin Hanks will be back on the small screen with the family comedy “Life in Pieces”. The show premieres Monday, September 21st at 8:30/7:30c. The comedy is told through the seperate stories of different family members. Zoe Lister Jones plays Colin Hanks’ wife on the show. Thomas Sadoski, Angelique Cabral, Dianne Wiest, Betsy Brandt, Dan Bakkedahl are also starring.

“Revenge” alum Nick Wechsler has joined the cast of NBC’s Las Vegas-set thriller “The Player”. Wesley Snipes stars in this action-packed Las Vegas thriller from the executive producers of The Blacklist about a high-stakes crime-fighting game. So far, we just know that Nick will play Nick, the boyfriend of Cassandra (Wakefield), a good guy with morals caught in the web of century-old conspiracy. Philip Winchester, Charity Wakefield and Damon Gupton are also starring. “The Player” airs on September 24th at 10/9c on NBC. Please visit the official website and social media pages in order to get your first look at “The Player”!

Once Upon A Time – ABC

Emilie de Ravin is back as Belle on season 5 of “Once Upon a Time”. The new season premieres on September 27th, 2015 on ABC. Please head on over to TV Line for some spoilers and find out more about Emilie de Ravin’s upcoming storyline on the show.

Adam Rodriguez has landed a recurring role on FOX’s “Empire”. He plays Laz Delgado, a smooth-talking concert promoter with expert hustler skills. The second season of “Empire” is set to premiere on September 23rd, 2015 at 9 PM. Adam first appears in episode 5.

Shiri has been cast in the new CBS medical drama “Code Black,” Variety has learned exclusively. She is going to guest star, but it is possible that she could appear in more episodes.

The Night Shift’s Gabe Sachs recently revealed during a Twitter Q&A with fans of the medical drama, that the show with Brendan Fehr, Eoin Macken and Jill Flint will be back in Summer next year. The third season will begin production in early 2016. 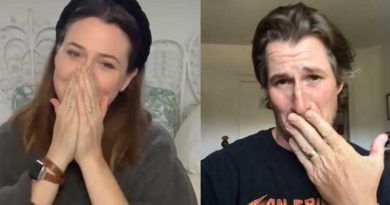