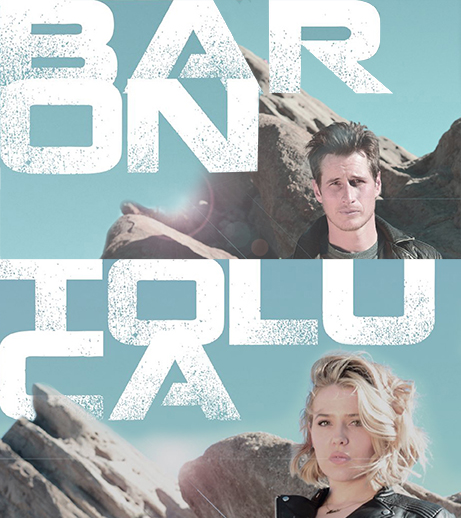 Help Baron And Toluca find a home and sign the petition: www.getpetition.com/petitions/baron-and-toluca

The Roswellians, Dans, and fans all want to help Majandra Delfino & Brendan Fehr make B+T happen! The promo is fabulous and definitely reminds us of those “Roswell feels” and amazing chemistry with a new twist! It’s a new paranormal/sci-fi show with a fresh take starring Brendan and Majandra as Jake and Toluca. Those that may not be familiar with Brendan’s and Majandra’s characters as Michael and Maria in Roswell or the 90’s show altogether, will still find B+T not only to be enjoyable but just what our TV Screens need!

The synopsis of the story is as follows:

Jake Baron and Toluca Mendez, former stars of the cheesy 90’s WB show Alien Advocates, find themselves caught up in a real-life paranormal mystery at what they thought was just a second rate Comic Con. Now these estranged costars, whose torrid love-life torpedoed their own show, must reunite in order to save themselves and the planet we call home – that is if they don’t kill each other first. Luckily they meet Miles Sorrenti, the local sheriff wanting to help them on the down low, but is Miles the reason this is happening to them in the first place? That and the fact that his dad died from the very same experiences plaguing Baron and Toluca is one of the many puzzle pieces these two reluctant partners will have to figure out.

It should be known that Majandra Delfino wrote the pilot script for B+T, so as fans we couldn’t be more touched. Even more so that this dynamic duo are working together again to make fans’ dreams come true! More details of B+T can be found in Fehr and Delfino’s interview with Entertainment weekly here: Baron and Toluca, a Roswell-inspired sci-fi series, first look

Since Summer of 2016 when the website www.barondandtoluca.com became public, fans worldwide have been shaking the internet, coming on twitter at 6PM EST trying to get the hashtag #NETFLIXforBandT to trend, in hopes that Netflix will see and hear the pleas of fans to pick up B+T.

After that the fans launched a more physical campaign, Phases 2 & 3, in which fans sent in honey and tea to Peter Friedlander (Executive Producer) and Cindy Holland (Head of Original Content) at Netflix. The honey stands for the “B” (Bee) and the tea stood for the “T”, thus B+T.

We still haven’t heard an answer from Netflix, but the fans remain steadfast and refuse to give up. Especially more so since Netflix had to get rid of some SCI-FI cult classics back in April of 2017 due to expired licenses, like Buffy, Roswell, Angel, Firefly and the X-Files. We miss binge watching this genre, but B+T could fill that void! Right now we would like B+T to be picked up by anyone willing to do right by B+T and call itself home.

Whether it be Netflix, Hulu, Amazon Video, Crackle, Syfy, A&E— it wouldn’t matter. What does matter is that someone picks this up because it’s a total win win.

B+T if picked up will come with an already established HUGE fan base because of the zealousness they have for Fehr and Majandra, and this is beyond encompassing those that loved the Show Roswell. Fehr and Majandra fanbase also expands to The Night Shift, Friends with Better Lives, Wynonna Earp and more! There are literally more and more fans discovering the B+T Promo everyday, and while fans have been fighting for a Roswell Revival for so long, B+T gives fans what they want without any of the red tape or copyright hoop-la in the middle. It’s fresh it’s new, yet giving us the old nostalgia we’ve always craved.

B+T to be picked up. Let your voices be heard!

//EDIT by Lena: The petition is not available anymore. 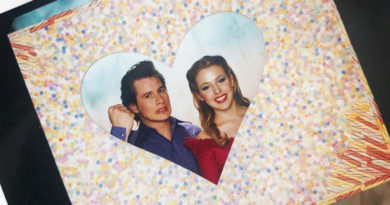 — Kyle talking to the Buddha statue, #310 A Tale Of Two Parties