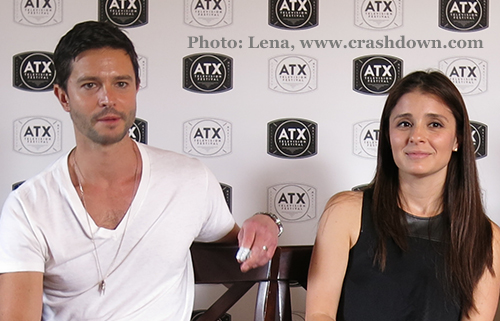 Shiri made fans of the original “Roswell” show very happy, when she revealed in an exclusive interview with US Magazine, that she and her former “Roswell” co-star Jason Behr are back in touch and really close.

In addition, they have a great plan: ”We’re actually looking for something to work on together.”

That has fans of “Roswell” and “Baron and Toluca” very curious as to whether our not we’ll see Shiri and Jason together on “Roswell”‘s ‘spiritual successor.’ Shiri continued, saying, “I don’t know if it’s Roswell [The CW] or anything else, but I am excited to direct in the reboot.”

In related news, you may have heard, The CW ordered a pilot of the “Roswell High” re-imagining and Shiri Appleby would love to direct an episode of that possibly, too. When asked about the project Shiri said “I heard! I can’t wait for them to call me to direct an episode.”

Shiri recently directed the season four finale episode of Lifetime’s “UnREAL”. In March 2017 she announced that she started her own production company, Appletree Pictures, with the support of A+E Studios and Lifetime in order to create new shows. We can’t wait to learn more about her upcoming projects.

In the meantime, don’t forget to tune into the season three premiere of Lifetime’s “UnREAL” on February 26th.

Jason Behr in Watch with Wanda