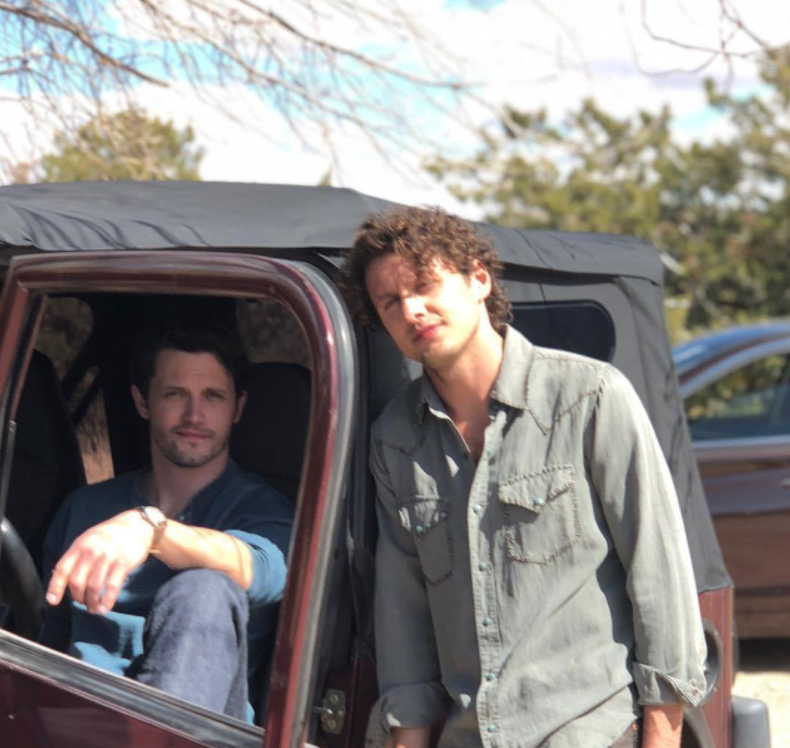 During the first days of shooting “Roswell NM” we saw many photos from behind the scenes and again we are trying to put two and two together. Here’s what we ‘think’ we found out:

Actor Trevor St. John joined The CW’s “Roswell NM” as a ‘possible’ villian. While he has the same character name as one of Alex’ brothers in the “Roswell High” books, we haven’t heard more about his role aside from the information Deadline released on March 12th.

Two young actors have been added to the cast of The CW’s Roswell pilot, as well. IMDb lists child actors Sean Dennis and Alayna Lewis as “Medium Max” and “Medium Isobel”. This can only mean: Flashbacks! Right?

Actress Amber Midthunder was tagged in one of the polaroid photos which were shared by the cast members. She’s known for playing Kerry Loudermilk in the FX series Legion and her television credits include roles in shows such as Banshee, Longmire, and Hell Or High Water. She was a guest in The CW’s “The Originals”, playing Kayla in the season 3 episode Alone with Everybody. It hasn’t been announced that she joined the cast, yet.

Luce Rains has been added to the IMDb cast list of the project, as well. He’s going to play a Rancher. Writer Eva McKenna, who wrote for Julie Plec’s “The Vampire Diaries” and for its spin-off ”The Originals” seems to be on board, as well.

The tweet with this information is currently untraceable (or temporary beamed somewhere else): the news is that the Sheriff of the town might be a woman. In the books, Kyle’s father Sheriff Valenti was a ruthless man and the head of a secret goverment organization. The casting description for the re-imagining just says that Kyle is the son of the town Sherif. A casting announcement hasn’t been made so far.

Please remember, that the descriptions were written for casting only are intentionally different from the script.

In other news about the re-imagining: We saw vintage cars in a shared Instagram Story, which could or could not be flashback related and Max’s Jeep is back. Photos of Kyle’s car have been posted, too.

Maybe the ‘cowboys and aliens’ mentioning in some posts and the fact that the boys are wearing cowboy hats in some pictures suggest that the possible show will have a Western touch.

What did you find out? Please let us know in the comments below.