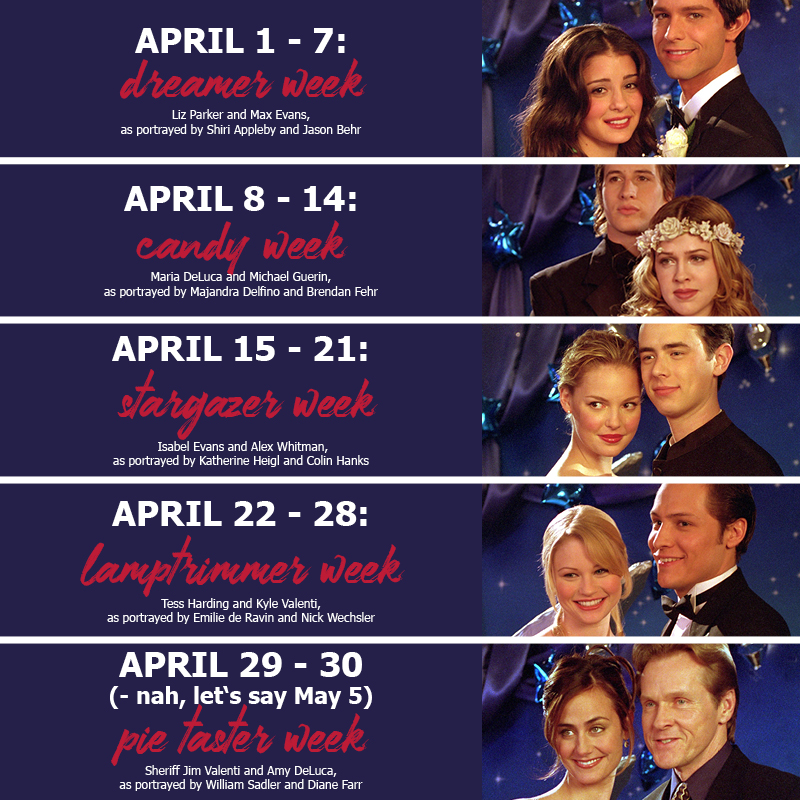 Our #MAYbeROSWELL fun month is on the way, so let’s give it a proper entrance. With the Anniversary later this year, we will be spending time appreciating all there is to love about “Roswell:” The show itself, the cast, the characters, the fans, and of course, the couples! Spring is in the air and so also is LOVE!

Everything is Better When I’m With You

What better way to welcome April and all it’s LOVEliness than to fill it with an Appreciation Month filled with fun Roswell couple posts and tweets!

Starting on April 1st, we will post, tweet and spread the love and you are cordially invited to join us. Share quotes, screenshots, artwork, GIFs, clips and even links to your favorite couple-centric fanfic, and let’s relive those moments. Make sure to use the character and shipper hashtags for an easy finding.

Please make sure to add the hashtags and tag @crashdowncom. Please don’t forget that CRASHDOWN WANTS YOUR MEMORIES, too.

Please share this schedule everywhere so more people join in the fun!