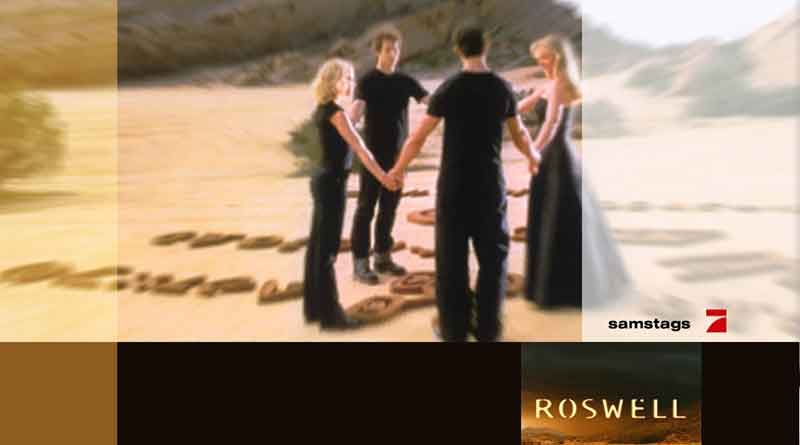 Roswell first aired on October 6, 1999 in the U.S. Back then it took several years for TV shows to finally make it in front of an audience in different parts of the world. Roswell premiered on the free TV channel Pro7 in Germany on February 3, 2001.

You might say, ‘Wait, I saw it before on German TV,’ you are right. The television premiere of the show in Germany was on the pay-TV channel Sci-Fantasy on October 7, 2000, but most fans catched it in its free TV run for the first time.

In case you didn’t know. The characters speak perfect German. In many countries voice actors are providing their voices for movies and television in other foreign language versions. The dubbed versions are well made and very true to the original. But sometimes this causes certain variations in the translation of the show. Jokes are often adapted or there are name changes due to understanding or there are differences because of the uneven length of the languages. Sometimes small errors have slipped in or there are other mistakes or differences between the original and a dubbed version, too. If you notice something in any kind of language, please contact us. We have a category about that on Crashdown.com and some new additions will be added soon.

We are always looking for your stories, photographs, memories, dedications, thank-yous, you name it or can think it up, we want it! Let’s continue to go down memory lane not just on a particular day.