The Austin Chronicle was in attendance when the pilot episode of “Baron And Toluca” premiered at the ATX Television Festival on June 3, 2022.

Reporter Richard Whittaker describes the pilot as a “SF-tinged dramedy”. In the article ATX TV Festival 2022: Baron and Toluca you can find out what he thinks that makes “Baron and Toluca” work and what a problem is. Spoiler: It’s not really a problem in our opinion since fans get more than 60 minutes with the supernatural investigators Jake Baron and Toluca Mendez and investors and streamers can get a better look at all the different elements of a show.

If there’s a problem with Baron and Toluca‘s crowdfunded pilot, it’s that it’s overstuffed. It’s a relationship comedy, but also a Twin Peaksian blast of small town strangeness, and a meta-comedy on celebrity, and a supernatural thriller. The first episode, clocking in well over 60 minutes, has enough plotline for three episodes of hour-long drama or, if they took a lighter direction, just as much character-driven comedy. A full series could go either way, or just keep with its deliberately awkward energy, because of the easy, dynamic, and charming interplay between Fehr and Delfino. Scooby-dooing their way into disaster, they bicker and jab, giving a hilarious edge that pushes the pilot beyond its crowdfunded technical limitations.

Without revealing too much about the storyline, the article continues with character descriptions and their dilemma. In addition, the authors gives an opinion what moments he think will find a wider audience for B+T . He concludes the piece by saying “It’s a lot in one small package, but then there’s a lot here to make their (hopefully) ongoing story intriguing.”

Read about their first look at the UFO indie pilot from Roswell stars here: ATX TV Festival 2022: Baron and Toluca by Austin Chronicle

Please share your ATX TV Festival experiences with us! Make contact @crashdowncom on social media or e-mail us: crashdowncom@gmail.com! THANK YOU.

Check Out Some Great Letters to C.I.N.D.Y. 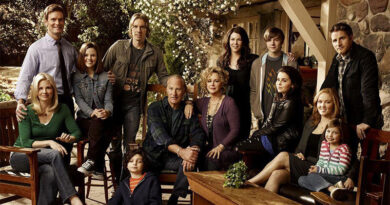