Majandra Delfino is addicted to NBC’s “Perfect Couples” a romantic comedy that follows three flawed pairs trying to get it right. It premiered on January 20, 2011 and airs Thursdays 8.30/7.30c on NBC. Majandra not just likes “Perfect Couples”, she’s going to marry one of the men on the show.

Majandra wrote on MySpace this week: 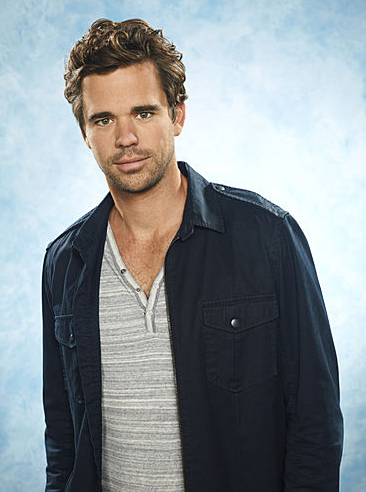 “Perfect Couples” is about three unique couples at various stages in their relationships. On the show, David Walton plays Vance, a quirky, funny and memorable character. In an interview with Huffington Post the actor described the character Vance, as “completely out of his mind. I like to think everyone is pretty weird but they don’t show it. Vance shows it; he has no filter.”

On March 18, David Walton will marry the awesome and talented actress and singer Majandra Delfino in Miami. The future groom revealed that the two took a trip to Barcelona recently: “My fiancée is half Venezuelan and half Cuban so she speaks Spanish and we had three of the most magical days of my life.”

The couple met on set of the web-series “Quarterlife”. The show about a group of twenty-something aired on MySpace in eight-minute installments and was repackaged by NBC into six one-hour show. Majandra first appeared as Vanessa in the episode “Anxiety” (Part 13) with her sister Marieh. She gets to know the characters Jed (Scott Michael Foster), Andy (Kevin Christy) and Danny (David Walton) in a bar.

With the Dallas-Fort Worth Tribune Arts he shared that Majandra has been incredibly supportive of his new show and there’s something positive to be on a series about relationships and problems. David tells, that the writers make all the wrong choices for him. “Playing Vance, I get to do things I’d never want to do in real life. I know exactly want not to do and can thereby be a perfect fiancé in real life.”

Majandra is a lucky woman with a great year ahead. Her new album comes out late 2011 and we can’t wait for “The Great State of Georgia” to premiere on ABC Family this summer.

Please head on over to Huffington Post and read the full article David Walton Is One-Sixth of NBC’s Perfect Couples. In addition, a nice article has been published on The Dallas-Fort Worth Tribune Arts website: ‘Perfect Couples’ Hottie David Walton: Show Tells Him What Not To Do