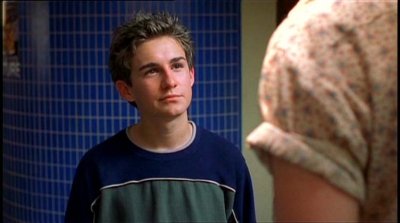 Miko Hughes is best known for the portrayal of an autistic boy in “Mercury Rising”. He had his very first role in Stephen King’s “Pet Sematary” and “Roswell” fans saw him as Nicholas in “Roswell’s second season.

Now, he has a new role in a horror movie. Shocktillyoudrop.com reports that Miko Hughes is set to star in “Remains” the adaption of the graphic novel by Steve Niles and Kieron Dwyer.

The horror network channel Chiller will air the original movie.

In March 2011 it was announced that the network will bring viewers three new projects for 2011: Steve Niles’ “Remains”, Brian Keene’s “Ghoul” and “Chiller 13: Horror’s Creepiest Kids”:

Based on the graphic novel by Steve Niles (30 Days of Night), and set in a chilling post-apocalyptic Reno, Nevada, Remains follows the two lone survivors of a bizarre accident that reduced most of the world’s population to zombies. The pair take refuge in a vacant casino and fight a losing battle against the undead, who grow steadily stronger, smarter and more aggressive by the minute. Remains is written by John Doolan and directed by Colin Theys; Andrew Gernhard and Zach O’Brien will serve as producers for Synthetic Cinema International.

The film is being shot in Connecticut and is slated to debut sometime this fall. Please read an interview with Steve Niles on Shocktillyoudrop.com to learn more: Exclusive: Steve Niles Talks Remains Film