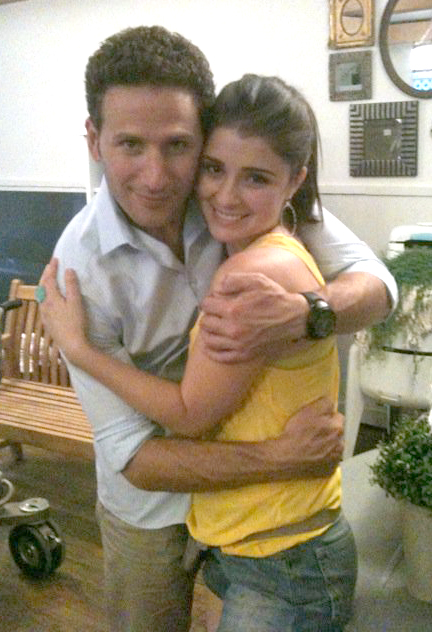 As previously reported, Shiri Appleby is visiting the world famous destination on the east end of Long Island… The Hamptons.

Warm weather, resort atmosphere and stunning landscape are invitations for everyone … It’s the place to be and Shiri already met the Hamptons’ hottest doctor-on-demand, Hank Lawson (Mark Feuerstein).

So far, this adorable picture received over 50 comments by her fans and her former “Life Unexpected” family. In the comment section Liz Tigelaar wrote “I miss you! You look adorable!!!” and Kristoffer Polaha told Shiri with a wink and a smile “I’ve been replaced!!!! DAMN THAT HANDSOME DOCTOR!!!”

The actress plays an airhead with a business plan which is supposed to fix a health crisis in the third episode of “Rash Talk” which will be presented on July 13th on the USA Network.