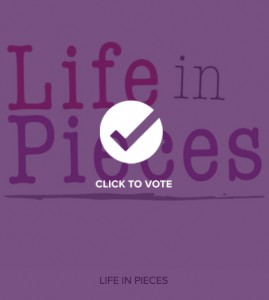 Awards Special Will be Broadcast LIVE, Wednesday, Jan. 6, 2016 on CBS

They join Shawn Mendes and Jason Derulo who were previously announced as performers at the 2016 show, and host Jane Lynch, who stars in the upcoming CBS comedy ANGEL FROM HELL. The People’s Choice Awards are the only major awards show where fans determine the nominees and winners across categories of movies, music, television and digital.

Voting for PEOPLE’S CHOICE AWARDS 2016 has closed for most categories, except for Favorite New TV Comedy and Favorite New TV Drama, which will remain open until the night of the show on www.PeoplesChoice.com.

Tickets to the PEOPLE’S CHOICE AWARDS 2016 show are available for fans to purchase through AXS.com.

Photos and video from the People’s Choice Awards Press Conference in November can be found at www.EPKlink.com/PeoplesChoiceAwards2016 courtesy of Getty Images.

Now in its 42nd year, the People’s Choice Awards is the only major awards show voted on entirely by the public for fan favorites in movies, music, television and digital. The People’s Choice official website at www.PeoplesChoice.com houses the voting platform where fans determine the nominees and winners for the annual awards show. Every year, potential nominees are determined by national ratings averages, box-office grosses, music & gaming sales, social activity and PeoplesChoice.com data, then vetted through E-Poll Market Research. Fred Nelson is the President of People’s Choice, and serves alongside Mark Burnett and Jane Mun as Executive Producers of the awards show. The awards show, and digital, mobile and social extensions of the brand are owned by Procter & Gamble, and produced by United Artist Media Group (UAMG) a joint venture among MGM, Mark Burnett, Roma Downey and Hearst Corporation. MGM will serve as the international distributor.

Listen, Maxwell. You’re a sensitive guy and you have available to you one of the top three seduction lines in history with ‘It’s going to help me find my home planet’. And you’re refusing to use it. No guy is that sensitive. Use it.