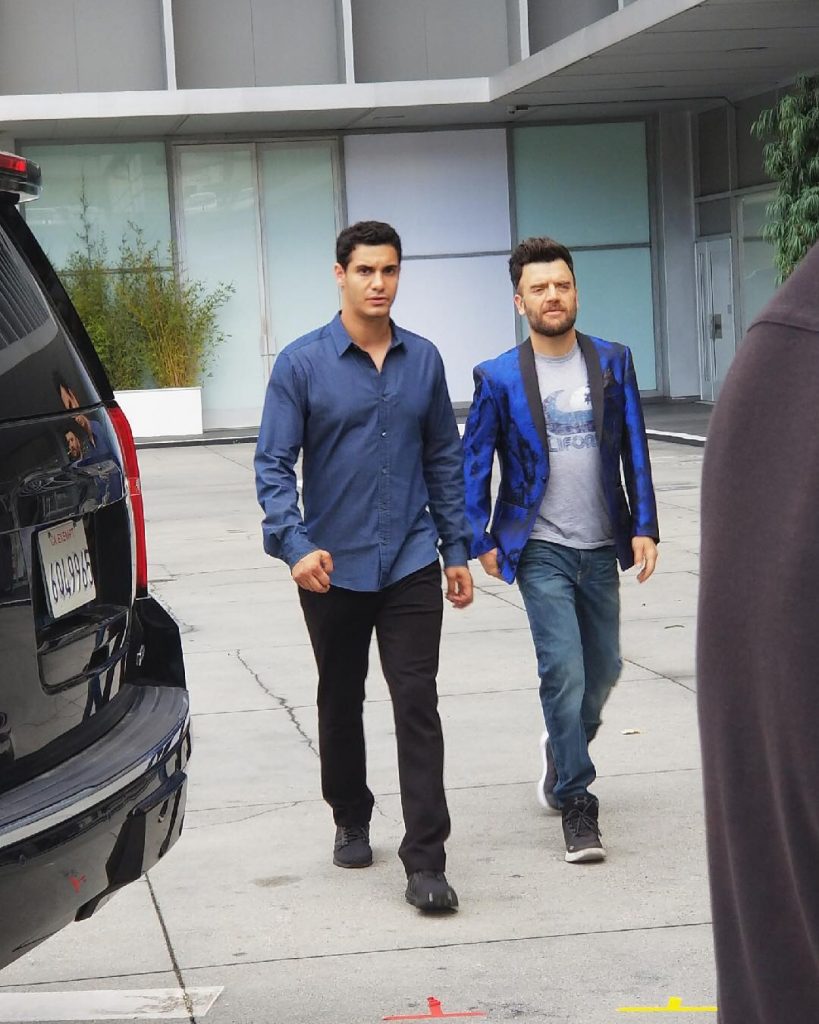 On Monday, December 18th, Kevin Weisman is guest-starring on CBS’ “Scorpion”. He posted a photo on Instagram and wrote: “On Monday, Walter and Ray are determined… to hit their marks (I’m yellow). Always nice to rayturn to the talented folks @scorpioncbs” 📽

He jokefully added the hashtag #Rayturn, because he plays a character named Ray. He first joined the show in season two as Walter’s buddy from community service.

On Christmas Eve, when Walter chooses work over spending quality time with his friends, he falls down the stairs and hits his head, and as he lays unconscious, he enters a dream world where Team Scorpion never existed.

A familiar face is back just in time for the holidays on Monday’s all-new Scorpion! #TeamScorpion pic.twitter.com/NT5AH174YN

Kevin Weisman’s CAMEO Procceds Are Benefitting ‘Save The Children’