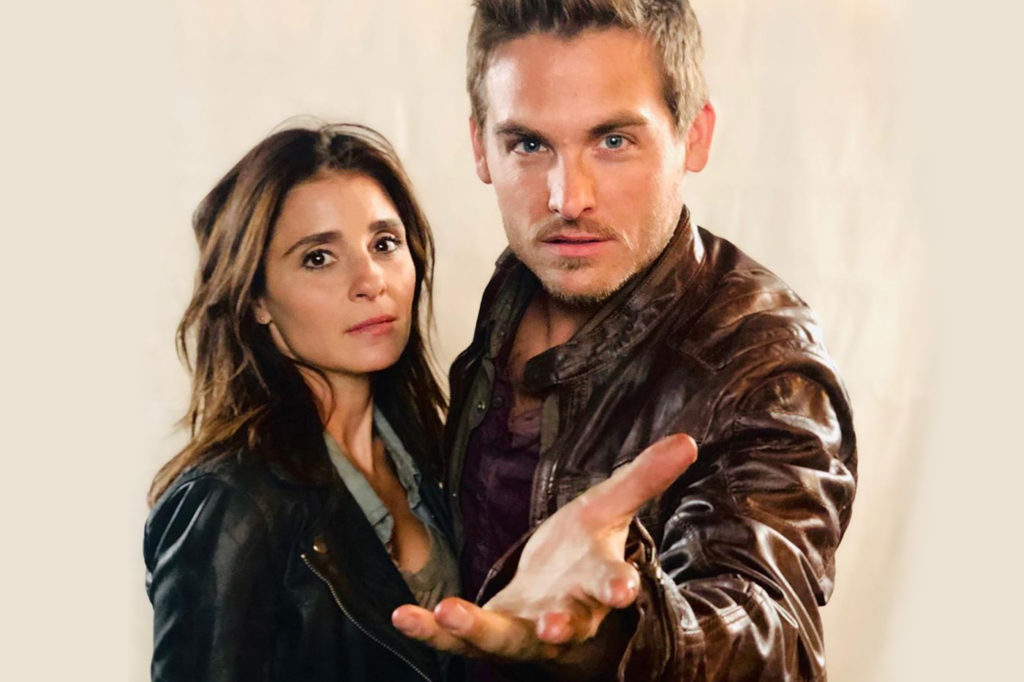 ”THE FLARE coming to FOX this Summer!“, wrote Shiri Appleby on Instagram along with the first promotional picture. Her former Roswell co-star Katherine Heigl, who is currently in Toronto filming the final season of USA’s “Suits”, commented on the photo saying “You look like such a badass in that leather jacket…plus the fact you haven’t aged in 20 years…all adds up to fantastic. I’ll be watching girl.”

“The Flare is based on fictional author TJ Whitford’s sci-fi book series, The Moon is the Sun at Night, which has been a favorite of Savage’s since childhood. The book revolves around a solar event and its effects on Earth – specifically, the small, blue-collar town of Milford, IL – and slowly unfolds into a post-apocalyptic battle for human survival.

“The Flare” is a fictional show. “What Just Happened??! With Fred Savage” is an after show for this sci-fi thriller show. The spoof after-show explores the “fandom” surrounding the fake series, set visits to “The Flare”, interviews with the ‘cast’ and more.

The show is set to premiere on Sunday, June 30th on FOX.

Reed Fish will be shown at festivals in Europe

Buddhism for Beginners is also under your bed. How do you think the Buddha would feel about being sandwiched between Hustler and Busty Biker Babes?