Thanks to everyone who sent this in. I’m posting the image of the CD as well for everyone.

February 06, 2002
On February 26th, Nettwerk America will release a celestial soundtrack in connection with the television sci-fi series, “Roswell.” The collection features North American staple SHERYL CROW (“I Shall Believe” from 1993’s Tuesday Night Music Club) as well as a host of British pub rockers like TRAVIS (“More Than Us” off 1997’s Good Feeling), the STEREOPHONICS (“Have A Nice Day” off Just Enough Education To Perform) and acid funksters ZERO 7 (“Destiny” from 2001’s Simple Things.)

As for the album’s premiere single however, that honor goes to California rockers, SENSE FIELD. The Nettwerk label act is representin’ the Roswell collection via “Save Yourself,” a breathy little ditty promoting abstinence from the band’s 2001 album Tonight and Forever. “[The song is] kind of revealing,” vocalist JONATHAN BUNCH told Launch. “It’s just one that has all the things that I’ve wanted to do as a lyricist — it’s got a literal meaning, it will hopefully be able to resonate well with people. It’s not a brain-teaser.” As an added bonus, the track’s accompanying video features a cameo by SHIRI APPLEBY who plays the part of Liz Parker on the ongoing teen alien drama.

SARAH MCLACHLAN, DIDO and COLDPLAY also come in peace with tunes previously unreleased in the U.S. Canadian born songstress Sarah McLachlan brings a space age remix of the dark and vocally glass shattering track, “Fear” off her 1994 album Fumbling Towards Ecstasy. Until now, the new, revamped version was only available on a Canadian release entitled Remixed.

Coldplay dips into their archives for a U.K. single called “Brothers and Sisters,” an atmospheric tune preceding (but not included on) their highly acclaimed 2000 debut album Parachutes. And fellow British artist Dido pulls double duty on the project by way of the “Roswell” theme song, “Here With Me.” The lush electro hip-hop number bookends the CD, kicking off with the original cut off her debut album, No Angel, and closing out the collection with an orchestrated “Chillin’ With The Family” remix.

Another track finally making its way to the shores of North America comes from the Manchester, England trio, the DOVES who cover the BEATLES’ delicate White Album track, “Blackbird.” And the New York-based outfit IVY offers up a new rendition of their soaring cut, “Edge Of The Ocean.” The original version comes off their third and seemingly ill-fated album, Long Distance, a collection which had to be re-recorded after its original masters were lost in an apparent arson studio fire. And finally, Northern Ireland’s guitar-laden trio ASH contribute the riffs-o-plenty cut “Shining Light,” a tune from their 2001 CD Free All Angels which is still working its way across the pond. 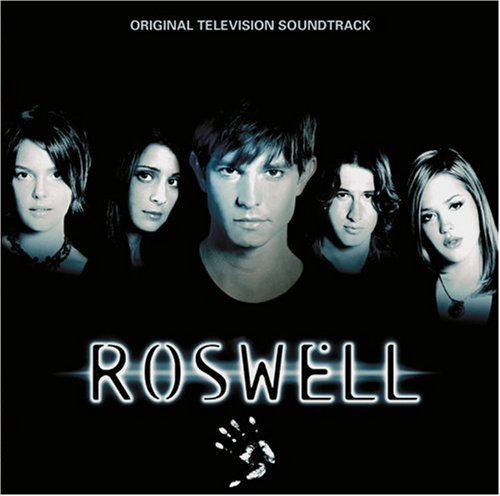