On Dvrplayground.com the article “An UNEXPECTED Surprise: The CW Remembers its WB Roots” was published in August. It gives the information that the filming of the CW mid-season show begins in Vancouver, B.C., September 28.

The article features some quotes by the show creator Liz Tigelaar in addition a lot of information are given!

“One thing that came to light when I was meeting with the writers was just how much of this story was something that had been with me my whole life,” Tigelaar said during a Q&A on Wednesday. “This idea of, ‘Where are my young, cool parents?’ No matter how great your own family is and my parents are wonderful, you can’t help but when you’re sixteen be in a fight with your mom and be like, ‘My real, cool, young, hot mom would totally understand! She would buy me beer!’”

Liz Tigellar is the writer of the “Dawnson’s Creek” episode “Show me Love” (Season 3, Episode 21). She first worked with a college internship on the WB show that turned into a staff job. She insists the casting of Kerr Smith was pure coincidence.

“He literally came in to audition and I was like, ‘Jack! It’s Jack McPhee. Why is Jack McPhee wanting to be Ryan Thomas?’ He read and he was amazing,” Tigelaar explained. “I hadn’t seen him since ‘Dawson’s.’ We didn’t know each other really well because the writers were here [in LA] and they were in Wilmington.”

Appleby’s WB past may make things difficult if the show should ever want to do flashbacks of Cate and Baze’s high school years.

“Shiri was on ROSWELL when she was 19 or 20, so I feel like we know what little Shiri looks like whereas with other people, we would be able to cast somebody else. I don’t know if we’ll be able to do that,” Tigelaar said of possible flashbacks. However, she kept some hope alive, saying it would be ‘hilarious’ if production could figure out a way to make it work.”

In addition, we can find out some little information about the first episodes, so be sure to read the article in full:
An UNEXPECTED Surprise: The CW Remembers its WB Roots 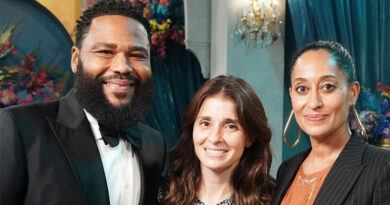 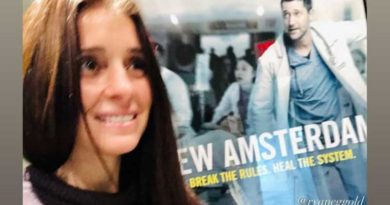