Jason Katims will attend the “Friday Nights Revisited” panel on Saturday along with some members of the cast and crew. In addition, he is going to discuss his eclectic career and what the future holds in the panel “Conversations with Jason Katims”. Finally, he joins the “Parenthood” screening on Sunday.

Shiri Appleby is going to reunite with her “Life Unexpected” family. She will attend the screening of the “Life Unexpected” episode #208 “Plumber Cracked” on Saturday. Liz Tigelaar, Britt Robertson and Arielle Kebbel will join her.

As earlier reported, “Dating Rules From My Future Self” received a second season. The actress will not just play Lucy but also direct the new episodes. At the ATX Television Festival, Shiri is going to attend the “Beyond Traditional Televison: Web Content” screening with the Alloy Executive and producer of “Dating Rules” Bob Levy. In addition, Jane Espenson Cheeks. Sean Hemeon from the web series “Husbands” and Betty Thomas and Arielle from “Audrey” are attendes of this screening.

Please find more information on the official website www.atxfestival.com and please note that the schedule is subject to change without notice. 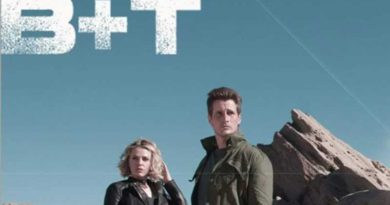