As earlier reported NBC passend on the spin-off “The Farm” about Rainn Wilson’s character Dwight Schrute, who is working as beet farmer and running a bed and breakfast.

Co-creator Greg Daniels now revealed in an interview with TV Line, that the pilot will air during The Office’s final season. It is going to air as modified “The Office” episode. Majandra played Dwight’s younger sister Frannie in “The Farm” pilot.

[…] But Daniels tells TVLine the Office outing that was intended to serve as The Farm‘s first installment is “a very good episode” and confirmed that it will air before The Office‘s series finale in 2013.

“We’re not going to air exactly what it was, because it has certain aspects that were appropriate for a pilot of a new show,” he says. “We’re going to shoot a little additional material to make it fit into the season more.” […]

“The Office” is in the middle of its 9th and final season. The show will return on January 10th, 2013. The official website for the show can be found here: www.nbc.com/the-office

Please read the full article on TV Line:
The Office Boss: Retooled Spin-Off Episode Will Still Air – and Change Up the Dwangela Plan 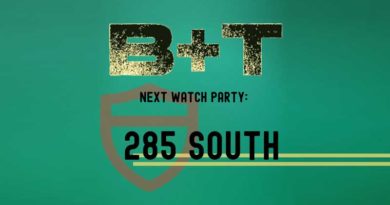 Which Easter Eggs Are In The B+T Promo?