In “The Player” episode three, Alex and Cassandra head to Los Angeles to take down a sniper. As earlier reported, Jason Behr’s wife KaDee Strickland is guest starring in this episode and we are going to see Nick Wechsler as Nick – Cassandra’s boyfriend – again.

His role is describe as a good guy with morals caught in the web of century-old conspiracy and viewers were quite surprised, that “Cassandra” is not the name he knows her by. We can’t wait to find out more!

Please read the official synopsis for “L.A. Takedown” below and make sure to tune in tonight at 10/9c PM on NBC:

If you are not watching the show yet, the first two episodes are still available online: www.nbc.com/the-player/episodes Make sure to catch up and show your support on Twitter and other social media platforms.

The pay-TV channel RTL Crime is already airing “The Player” in Germany on Fridays, just one day after the US broadcast. The Las Vegas set action thriller is also available via iTunes Germany in SD and HD. Fans can choose between the English version and a subtitled version. Please follow this link and learn more.

Please let us know, if you can add information for your country! It was also recently announced that the show will air on Australia’s Seven and on TF1 in France.

If you enjoy the show and like to meet other “The Player” fans, check out the fan group Player Fans on Facebook.

The screenshots above are from the second episode of the show.

//EDIT: Unfortunately, Nick wasn’t in this episode. IMDb fooled me. 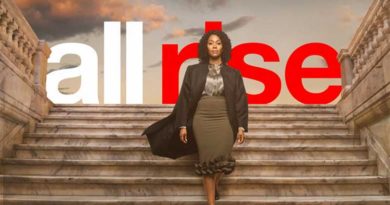