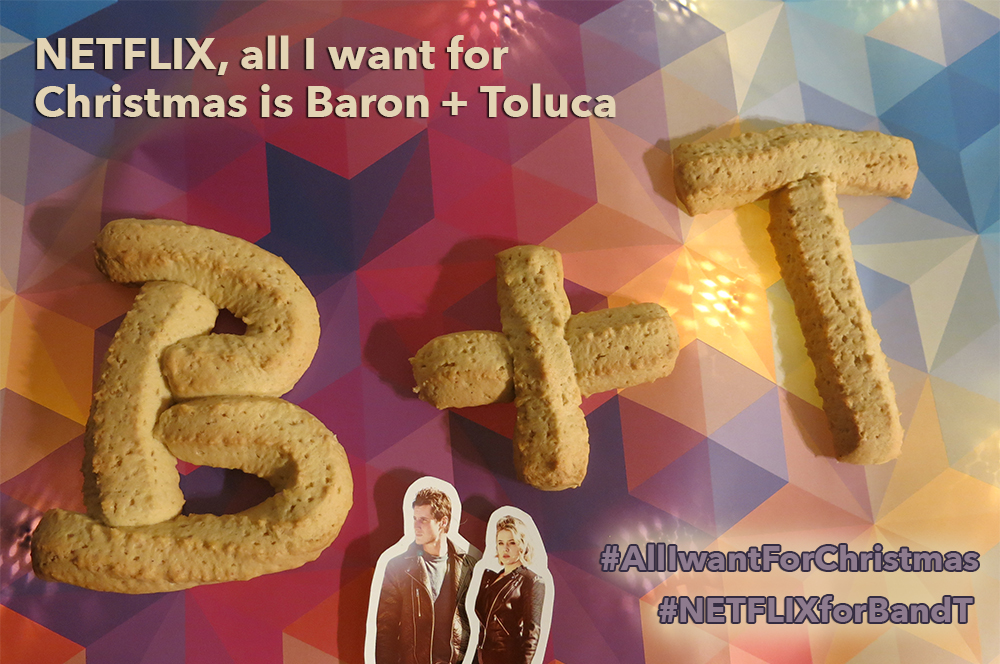 If you believe in Santa, have you told him what you want him to leave you under the tree? Do you sit in front of your fireplace, sipping on a cup of eggnog or apple cider pondering over the mellow spirit that this time of year washes over you? Then, out of nowhere, the sci-fi enthusiast inside of you invades the warm peaceful contemplations, and reel your thoughts to a paranormal place; a place where your imagination can run amok creating spirits lurking in the shadows. Maybe there is an alien or two inhabiting this fantasy world you have created. You realize that you are craving a new Paranormal TV show in Netflix’s 2017 show lineup. Then like an epiphany the perfect gift comes to your mind, and you whisper it aloud – “Netflix, all I want for Christmas is Baron + Toluca!”

What steps are needed to bring Baron and Toluca to Netflix’s show lineup in 2017?

First and foremost we need your help.

All the Fans and Dans banding together, for a Tweet-a-thon on December 21st, 2016, 12:00 PM EST, tweeting “.@Netflix #allIwantforchristmas is @baronandtoluca https://youtu.be/ix-t3wlUuwU #NETFLIXforBandT” showing Netflix that Fans and Dans are a tenacious bunch that won’t stop until we get what we want!

Be sure to fill out the Netflix Suggestion Form if you haven’t already. Start rallying your friends and family now asking them to participate in Phase 3. Keep checking crashdown.com for updates as we escalate research, and devise a plan to make Phase 3 a success. Details will be released in the New Year! Join in spreading the word across the social media platforms that have your membership. Let our voices be loud and clear – “Netflix, all I want for Christmas is Baron + Toluca”

Majandra in Self magazine

The Joy of Sets (small spoiler)